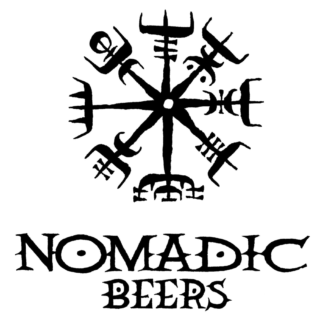 On Saturday 11th January 2020, Nomadic Beers will celebrate their third Birthday with a party at their brewery in Sheepscar, Leeds.

“It’s fantastic to have come this far in three years” says ‘Gaffa’ Katie Marriott, owner of Nomadic Beers. “It doesn’t seem a minute ago since Ross and I setup the brewery!”

Along with ‘Head Brewer’ Ross Nicholson, Nomadic Beers was founded in 2017, where they started brewing in the basement brewery (Burley Street Brewhouse) at the Fox and Newt, Burley Road.

“The equipment there is the oldest working brew kit in Leeds and in a really small space” said Ross. “When there we were able to work on our recipe’s and put a core range together”.

It didn’t take long for core range beers Pale, Strider & Bandit to become established and Nomadic were then able to brew specials too.

“It was great working on that brew kit, but we outgrew it and in 2019, we moved to our brewing premises in Sheepscar. Bigger space, bigger brew kit and a lot more flexibility in what we could do” said Katie.

In Summer 2019, the brewery expanded further by taking on the Rose and Crown pub in the Sunbridge Wells Underground Quarter, Bradford City Centre.

“The pub is a fantastic opportunity for us and fits really well with the Nomadic Beers brand! We’ve had some fantastic feedback from beer drinkers in Bradford and it’s great that we’ve been made to feel so welcome in the city” said Katie.

“On 11th January, we are celebrating turning three years old by opening our brewery doors for a party. We’ll of course have beer, plus food, snacks, soft drinks and live music entertainment too” said Katie. “Nomadic Beers is a family and pet friendly space; everyone is invited to the party!”

The Brewery is in the same yard as Enterprise vehicle rentals, a 15-minute walk from Leeds City Centre and just 3 minutes away from nearby North Brewing Co’s brewery tap room. The brewery is fully accessible.