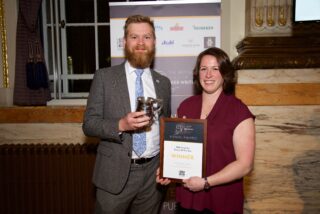 Thanks to everyone who has sent in a nomination for our Brewer of the Year Award, sponsored by SIBA.

The deadline for nominations is this Friday, 16 October, so if there’s a brewer you think deserves this accolade, there is still time. Please email Guild Chair Pete Brown on petebrownsemail@googlemail.com with the brewer’s name and a line or two stating why you think they should win.

The Guild Board will consider all nominations received and create a shortlist which will then be launched online. All Guild members –  full, associate and corporate – will have a chance to vote and the winner will be announced at our online awards event in December.