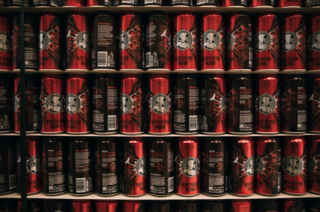 On 27th February Tate Modern’s Terrace Bar will be welcoming Leeds based Northern Monk Brewery to showcase their delicious beers and an array of various art forms.

Northern Monk will be bringing six brews, showcasing the impressive range of styles and ABV that the brewery has to offer, from Patrons Project 15.04 Take Care of Business, a Cherry Bakewell Sour to Mango Lassi Heathen, a Mango Lassi IPA inspired by the classic smoothie style Indian drink. There will be a selection of canned Northern Monk beers to purchase as well.

During the course of the evening, guests will be able to view various art forms provided and created by the brewery. This includes a short film which follows the journey of the team as they climb to the top of Ben Nevis to brew the UK’s highest altitude beer. All of the art displayed on the night aims to give guests a deeper understanding of the brewery by looking at its inspirations and creative approaches.

Tasty street food to complement the beers will be available on the night with a meal deal ticket.

This is a ticketed event, book online at: https://www.tate.org.uk/whats-on/tate-modern/food-and-drink/tate-tap-takeover

TAP TAKEOVER DATES FOR THE DIARIES:

August 27th – An Oslo based brewery special with Amundsen Brewery

TATE TAP TAKEOVER Taking place on the last Thursday of each month, the Tate Tap Takeover series provides a fun and informal space for beer makers and beer lovers alike to come together and enjoy the best of the UK’s brews with tastings, talks and activities.

TATE BEER Tate’s extensive beer list provides a solely British offer and the team thoughtfully seek out the best beers in Britain. Sourcing the brews for the four Tate galleries, the team has ensured that the list focuses on well-brewed, well-crafted beers, made with an ethos in line with Tate. Visitors at Tate can enjoy beers from passionate and innovative breweries across the British Isles.

NORTHERN MONK Inspired by their Northern surroundings and the history of monastic brewing which was practiced across the region for thousands of years, Northern Monk commit themselves to creating the highest quality beers, combining the best of traditional monastic brewing values with a progressive approach to ingredients and techniques.