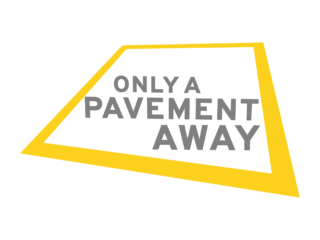 Only a Pavement Away (OAPA) is gearing up for its 2019 winter initiative, Winter Warmth, due to kick off on Friday 1st November. Activity commences this week to encourage companies in the hospitality industry to start fundraising and collecting donations of coats, blankets and sleeping bags ready for distribution ahead of the cold weather.

The campaign will be in action across a number of UK towns and cities and, depending on the funds raised, aims to help more than 3,500 rough sleepers stay warm through what experts predict to be one of the coldest winters in three decades[1]. All the Winter Warmth locations will have designated collection points, where donations will be received before being handed out to the homeless directly or via hostels.

The charity is also hoping to raise enough money to fund the production of 3,500 handwarmers to give out over the campaign that will run throughout the month, officially closing on Saturday 30th November. Donations can be made at: https://onlyapavementaway.co.uk/winter-warmth-campaign/

Greg Mangham, Founder and Chief Executive of Only a Pavement Away, said: “The idea is that between now and the campaign launch on 1st November, participating pubs and bars will collect enough coats, blankets and sleeping bags to help rough sleepers get through the winter. The Winter Warmer initiative will continue throughout November, so that by the time the real cold sets in, we hope that all 3,500 people we are trying to help will have additional resources to help them get through the winter.

“We have started a fund for industry employers and staff to donate to the cause, which will enable us to produce the handwarmers. Donations can be made via a designated page on the OAPA Virgin Giving page. Winter is a terrible time to be on the streets, but in the run up to Christmas when most people are feeling festive and gathering with family and friends, having no home is not just a practical tragedy, but an emotional one. I hope Winter Warmth will not only keep those on the street warm, but also let them know that they are not alone, and that people care about them.”

Only a Pavement Away was founded on 10th October 2018, National Homelessness Day, by Greg, a former hospitality industry powerhouse. The charity’s main aim is to get homeless people, ex-offenders and vulnerable veterans off the street and into work with jobs in pubs, bars and hotels. Greg and his trustees will celebrate the charity’s first anniversary early next month after a successful year placing nearly 50 disadvantaged people into work.

Greg continued: “The hospitality industry is the third largest employer in the UK and its growing. Forecasts predict a massive 1.3 million demand for the workforce by 2024, and with the government’s rough sleeping strategy aiming to halve homelessness by 2022, linking the two seemed only natural to me. To ensure the programme is successful, each candidate receives full support as they reintegrate back into employment and society.

“This initiative is not only about supporting the homeless on a short-term basis during the cold season but raising awareness within the homeless community that we are here to help and that there are opportunities to get off the street and back to work.”

Companies wishing to get involved, or financially support the charity through charitable donations are asked to register at https://onlyapavementaway.co.uk/get-involved/.

Greg Mangham can be contacted on: gregmangham@onlyapavementaway.co.uk.