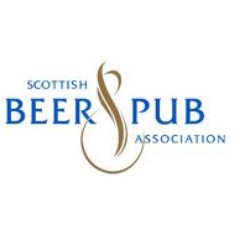 The Scottish Beer & Pub Association (SBPA) has said that over 200 pubs in Scotland could reopen for the first time on 9th August, if restrictions are lifted enabling pubs to trade viably again.

According to the SBPA though, an estimated 285 pubs in Scotland have sadly closed their doors for good since the start of the pandemic and will not reopen.

The Scottish Government is expected to confirm a removal of restrictions from 9 August and announce baseline measures next week.

The SBPA has held recent meetings with the Scottish Government and Ministers to highlight key restrictions that need to be removed in pubs to make trade viable, whilst keeping customers safe.

Key for the nation’s pubs is the removal of table-only service and an end to the midnight curfew, which the SBPA says must be removed if Scottish pubs are to trade viably once more. According to the industry, if these restrictions on pubs are removed, they can work with the Scottish Government on other baseline measures so long as they are workable and maintain business viability.

“We have been pushing the government strongly on this, particularly the need to end the curfew on trading hours which has meant late-night premises are unable to open, and the end of table-only service – which has been devastating to many of our smaller establishments.

“If heavy restrictions remain in place beyond the baseline that make pubs unviable, then pubs could be at risk of closing for good.

“The pandemic has been devastating to the trade but with the right of support from Government, we can bounce back to become a powerhouse of the economy once again. If that support falls short though, we’ll see more business failures on top of the 285 pubs already lost.”