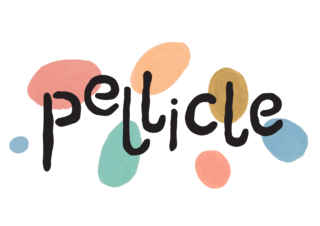 19th October, 2020 — Online beer, cider and wine publication Pellicle Magazine is thrilled to announce that two of its features have picked up an award at the annual North American Guild of Beer Writers (NAGBW) awards.

Taking place online via Zoom on the evening of October 17th, 2020, the ceremony celebrated the best in beer writing from around the world over 13 categories, with each category handing out prizes for first, second and third placed entries. Over 300 pieces of work were arduously whittled down to 39 awards and eight honourable mentions by the team of judges.


Also coming third in the category was Pellicle co-founder and editor-in-chief for beer and cider Matthew Curtis, who was awarded for his romantic look at Harvey’s Sussex Best Bitter.

Speaking about his publication’s success, Curtis stated he was “over the moon.”

“I couldn’t be more pleased for David and his gold award. I knew that piece was special from the moment it landed in my inbox, and I’m glad to see it getting the plaudits it sorely deserves,” hesaid. “I’m also very happy to have won a bronze for a piece I’m proud of, although more importantly than that, it’s great to see Pellicle getting acclaim on an international stage, among some of the most respected beer writers and publications in the world.”

“I also have to give a huge shoutout to all our readers and supporters for making Pellicle a continued reality,” Curtis added.

Notes for Editors: Launched in May 2019 by writer Matthew Curtis and brewer Jonny Hamilton, Pellicle is a magazine and podcast devoted to exploring beer, wine, cider, food and travel and the joy we find within these cultures.