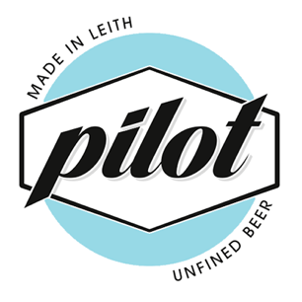 Recognising that two of their bestselling beers were not accessible to vegan and lactose intolerant communities, the team at Pilot have recreated their recipes, removing the need for lactose but keeping the flavour their customers know and love.

Pilot Founder, Patrick Jones, said “We decided to make the move to vegan brewing because the amount of lactose being used in beers across the industry, and in turn our own beers, no longer makes sense. Once you add lactose you’re excluding an awful lot of people from drinking it, so you really have to question if that’s a valid decision. Lactose in milk stouts of course has a long tradition, but the world moves on.”

The challenge that many breweries face in creating styles that traditionally use lactose is replicating the body, sweetness, and creaminess this animal based product brings to a beer.

Jones continues; “There’s no one product you can just sub in to replace all three of these things. It was a long process, combining all our brewing knowledge and an awful lot of trial and error, until we came up with solutions that worked. It was vital for us that above all we didn’t compromise on the quality of the beer in the glass, and we’re 100% confident with our results there.”

Pilot launched their Drinklusion initiative in 2019 with the aim to support charities both national and local that promote the idea of inclusivity, in all its forms. 2p from every can they sell goes to Drinklusion, which currently sends funds to Bikes For Refugees, Gorgie City Farm, Stay Up Late and the Leith Theatre.

“At Pilot, we believe that beer should bring people together. Making sure our beer is accessible to everyone is an extension of this ethos. We’re excited about this change as, in an admittedly tiny way, it’s making the world a better place. We’re producing the same great beers but without the addition of animal products, and that has to be a good thing” Jones said.

Pilot’s vegan friendly beer, including their new lactose free Peach Melba Sour and Mochaccino Stout, is available now from their brewery, web shop, and through a whole host of independent venues and retailers across the UK.

NOTES TO THE EDITOR

Pilot was born when Matt Johnson and Patrick Jones met while studying for masters degrees in Brewing & Distilling at Heriot-Watt University in 2012. A shared view that there was something different to be done in brewing – not traditional real ales, but not just another U.S. craft beer clone either – led to home-brewing together, which eventually led to buying a second-hand brewhouse and moving to the heart of cosmopolitan Leith, commencing brewing right at the end of 2013.

We’ve never done things the easy way. We dismantled the plant ourselves. We moved it to Leith and rebuilt it ourselves. We dug out the drainage (pro-tip: pay real men to do that), installed the flues and built the cooling system ourselves. We design, brew and drink the beer ourselves. We even did the logo, artwork and THIS BLOODY WEBSITE ourselves. We are Pilot.

Not taking the easy road runs through everything we do.  The coffee in our Mochaccino Stout isn’t supermarket instant, but beans roasted and ground to our exact specifications, the cocoa a mix of raw and roasted organic nibs. The 50% malted oat mash for Blønd is, frankly, a swine. There are no shortcuts to the results we want. It’s hard work, it takes time and it’s expensive. But it’s worth it.