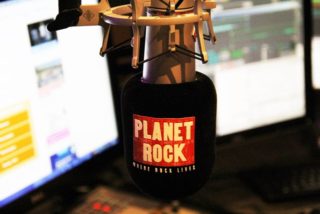 Planet Rock, the largest rock radio station in the UK, is partnering with the Great British Beer Festival to bring a whole day of unforgettable entertainment to this year’s festival.

The Great British Beer Festival is the ultimate festival for beer lovers and will return to Olympia London from 7-11 August. Planet Rock will be bringing a number of bands to entertain festival-goers on the Thursday session. This is in addition to the regular music line up throughout the week of the festival.

In addition, Planet Rock will run a competition to win VIP tickets to the Thursday session, which one of their radio presenters will be attending. They will keep their followers up to date with exclusive behind-the-scenes content and interviews live from the festival floor.

Catherine Tonry, the organiser of the Great British Beer Festival said: “We are thrilled to be partnering with the popular and award-winning station Planet Rock. On top of experiencing 30 different bars under one roof, beer lovers can enjoy some fantastic entertainment and music in between sips. We look forward to celebrating good beer and good music this summer.”

Jon Norman, Head of Marketing at Planet Rock, added: “It’s great to be part of the biggest beer festival in the UK. Beer drinking and listening to rock music has gone hand in hand for decades. Marry that up with the Planet Rock stage on Thursday, it is going to be rocking weekend at the Olympia.”

Planet Rock is the largest rock radio station in the UK, playing rock music from the 70s, 80s, 90s, 00s and the present day. They are available on DAB Digital Radio, on Freesat (Channel 730), on Sky (Channel 0110), on Virgin Media (Channel 924), online and via free iPhone, iPad and Android apps.

CAMRA is an independent, voluntary organisation which campaigns for real ale, cider and perry as well as protecting and promoting community pubs and clubs and fighting for consumer rights. We have over 190,000 members across the country who work to champion beer and cider drinkers as well as pub and club goers.