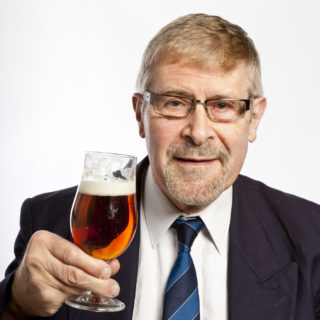 It won’t be a quiet August for Guild member Roger Protz.

On Thursday 2 August he will give a talk and tasting to mark International IPA Day at the Fox & Crown, 4-6 Appleton Gate, Newark, Notts, starting at 7.30pm. The following week he will be busy at the Great British Beer Festival at London Olympia: due to demand he will add a third tasting to his regular two with winners of the Champion Beer of Britain competition.

The two talks on Wednesday 8 Aug are sold out but there are a few seats left for the Tuesday event at 6pm: www.gbbf.org.uk. He will also discuss and sign copies of his books in the Bookshop on Thursday at 4pm.

On 16 Aug he will give a talk and tasting of Essex beers at the Earth & Fire festival in Maldon, Essex, a charity event in aid of Essex & Herts Air Ambulance. The Promenade, Maldon, 7.30pm.