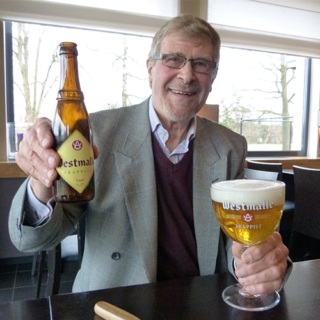 Renowned author and beer expert Roger Protz is leading a series of virtual beer tastings featuring beers from his book, The Family Brewers of Britain.

Building on the success of the book, published in September by the Campaign for Real Ale, there will be three available dates for the tastings, focusing on six beers specially selected by Roger and sourced from some of Britain’s historic family brewers.

Alongside tasting the brews, Roger will explain the fascinating and sometimes fractious history of these brewers, and their impact on Britain’s beer scene today. He will be joined by special guests representing some of the breweries that are featured in the book throughout the talk.

The tastings will be taking place via Zoom at 7pm on 27 November, 4 December and 11 December.  Tickets are £35 for CAMRA members (£40 for non-members), with costs including the supply and delivery of the box of six beer. Due to popular demand, the first session on 27 November has already sold out.

Roger Protz is a campaigner, broadcaster, and author of dozens of books about beer and brewing. He regularly appears in the media and has edited 24 editions of CAMRA’s market-leading Good Beer Guide. He says: “I am looking forward to bringing The Family Brewers of Britain to life via these tasting sessions, and participants the chance to try some staple brews from a few of the featured brewers.

“This country’s family brewers are often overlooked flag bearers for real ale and have fascinating stories to tell. Many have been around for hundreds of years, surviving wars, bomb damage, recession, threats of invasion, taxation and mergers and have come out the other side as the sturdy backbone of traditional beer in this country.

“I am delighted that the book has been received so well, and I am excited to spend three evenings sampling, discussing and enjoying beers from just a few of the historic and iconic breweries featured in the book.”

To learn more and purchase a ticket, please visit: https://camra.org.uk/online-tastings-with-camra/