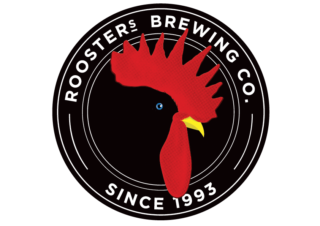 Harrogate-based brewery, Rooster’s Brewing Co. has created a partnership with the Comedians Playing Fantasy Premier League podcast, hosted by Jon Richardson (8 out of 10 Cats Does Countdown, Meet The Richardsons) and Matt Forde (Spitting Image, Have I Got News For You).

Rooster’s has joined forces with the Comedians Playing Fantasy Premier League podcast to become a sponsor for the 22/23 season, with the aim of increasing the profile and awareness of the independent, family-owned brewery, its onsite Taproom and award-winning, vegan friendly beers.

The podcast loosely follows a Fantasy Premier League (FPL) of 30 of Britain’s most famous comedians, including: Josh Widdicombe, Alan Davies, Rob Beckett, Richard Osman, Iain Stirling and Russell Howard, intertwined with observations of Jon, Matt and their guests’ lives. As one reviewer summed it up “it’s 10% FPL, 90% nonsense”.

Created in the summer of 2021, the podcast is entering its second year, with the new season of the kicking off on August 3rd, ahead of the new Premier League campaign getting underway on August 6th. As well as being joined by their guests to talk all things football and comedy, the podcast will also feature Jon and Matt discussing the brewery and sampling a selection of Rooster’s beers across eight episodes set to be recorded in August.

Comedians Playing Fantasy Premier League became the Apple’s most listened to sports podcasts last season, with each episode reaching 40,000+ individual listeners and achieved 1 million downloads in only its first season.

Speaking of the partnership, Tom Fozard, Rooster’s Commercial Director said: “I’ve been a huge fan of both Jon and Matt’s comedy for a very long time and the CPFPL podcast instantly became a ‘must listen’ for me when it launched last year. I’m delighted with the association Rooster’s has been able to create by

becoming a sponsor of the podcast and the opportunity it gives us in helping more people hear about our beers.”

Plans are also underway for a live recording of the podcast to take place later in the year at Rooster’s Taproom in Harrogate, a venue that already hosts a monthly comedy night (Really Funny Comedy) and has attracted comedians such as Maisie Adam, Josh Pugh and Brennan Reece to join host Micky P Kerr in the coming months.

Rooster’s Brewing Co. has always been an independent, family-run brewery, focussed on creating quality new world pale ales, with an emphasis on flavour and aroma.

It was established in 1993 by the pioneering brewer Sean Franklin, who developed a new style of beer that had, up to that point, never been tried in the UK before. At a time when most breweries were taking flavour out, Sean was trying to put more in, using imported flavourful hops from the west coast of America.

His pioneering and innovative approach began to turn heads, with Rooster’s flavour-packed beers standing out in a sea of brown beer – with its flagship pale ale, Yankee, leading the way. The awards began to pour in, with Rooster’s beers winning gold medals at the biggest and most renowned international and national beer awards.

Having won pretty much everything there was to win, in 2011 Sean decided to retire and chose to sell the brewery to Ian Fozard and his sons, Tom and Oliver, in a move that ensured Rooster’s would remain a family-owned brewery