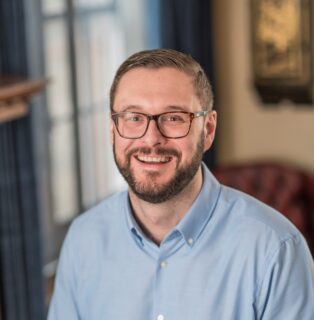 The Scottish Beer & Pub Association (SBPA) has today (Friday 16 July 2021) announced that Paul Wishart, who is currently National Operations Manager for Belhaven & Greene King Pub Partners, as a Vice President of the association.

The new Vice President will join current President Edith Monfries of Hawthorn, the Community Pub Company, and Chief Executive Emma McClarkin in overseeing the continued success and growth of the Association.

“It’s great to be joining the SBPA as a Vice President and I’m looking forward to working with the team. It’s no secret that Scotland’s brewing and pub industry has been hit exceptionally hard by the pandemic, but I’m confident that with the right support and the fantastic operators we have in Scotland, that the sector can bounce back and become a powerhouse of the national economy again.”

“I am delighted that Paul has agreed to become our Vice-President. This is a crucial period for the beer and pub sector in Scotland and his experience in the industry will be a tremendous asset to the SBPA. This is already evident by his contributions to the work of the association in recent months and I look forward to working more closely with him for the benefit of the whole sector.”

“The addition of Paul as a Vice-President, alongside Edith as President will be a real to boost to the SBPA. It fantastic that we have such passionate and effective champions of the pub and brewing industry in Scotland, especially at this time. It is imperative that the recovery period can begin as quickly as possible with the removal of restrictions to ensure Scotland’s recovery is not outpaced by other parts of the UK.”

Paul Wishart has worked for Greene King for just over six years and in his current role of looking after the leased, tenanted and franchised pubs in Scotland for the past three years. In 2016, Paul was put forward and won the ALMR BDM of the year in 2016 and subsequently gained a post graduate diploma through the training and development provided by Greene King. Previously, Paul spent nearly eight years with the leased and tenanted arm of G1 group, prior to that working within managed houses for two separate Scottish operators. He has an absolute passion for the part that great traditional pubs play across Scotland, the great people who run them and our brilliant and diverse craft breweries. His spare time is spent with his wife and two daughters, climbing the many great hills of the country, watching football and sampling craft beers.