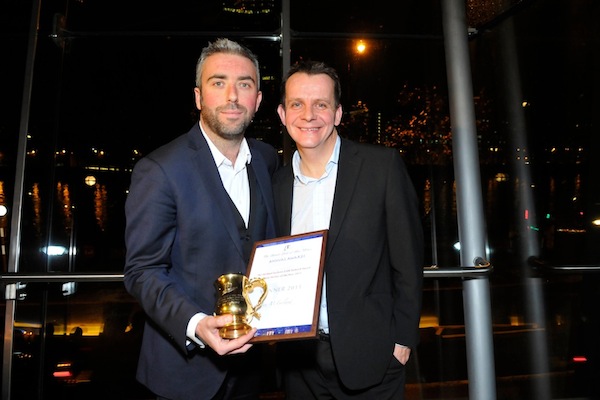 Entries open today for the British Guild of Beer Writers’ annual competition for beer writing, with a total prize fund of £8,500 to be awarded to those whose work is judged the best execution of the Guild’s mission “to extend public knowledge and appreciation of beer and pubs”.

The competition is open to anyone who communicates about beer or pubs. Despite the title, entries are welcome not just from writers, but from bloggers, broadcasters, photographers, illustrators, designers – in fact, from anyone whose endeavours have furthered the Guild’s cause. Books, national or regional press articles, websites, films, in-house magazines and podcasts can all be submitted, either by the creator or on their behalf by a publisher, associate or admirer.

Work can be entered into one or more of seven categories, with the winner in each – apart from the Corporate Communications category – being considered for the top title of Beer Writer of the Year and the coveted Michael Jackson Gold Tankard Award*.

Guild chairman Tim Hampson said, “Beer is without doubt the most interesting and dynamic sector of the UK drinks market, thanks to the sheer number of brewers, the diversity of beer styles and the innovation which is producing some of the most exciting beers in the world.

“There has never been a better time to be a beer writer in this country and we look forward to receiving entries for this year’s Awards, confident that they will reflect the enthusiasm, expertise and professional talent of those who communicate about beer and pubs. Choosing the best from this very impressive field is no easy task and we are grateful, as ever, to the judges who take it on.”

Entries and nominations are invited for seven categories:

Entries will be judged by a small panel of judges, who in past years have been drawn from national and regional media as well as the beer and pubs industries. This year’s chair of judges is Ben McFarland, current Beer Writer of the Year.

Winners to be announced at London beer and food dinner

The winners will be announced at the British Guild of Beer Writers annual awards dinner.  This is taking place on Thursday 6 December in central London and will, as in previous years, be one of the beer industry’s ‘must attend’ events. The hotel chef, with advice from beer and food matching experts within the Guild, will create a menu to delight and challenge the 200+ guests expected to attend.

Full details of all seven categories in the Awards, and how to enter, can be found on the British Guild of Beer Writers website www.beerwriters.co.uk/. Entries must be received by the closing date of Friday 7th September, and must have been published between 1 September 2011 and 31 August 2012.

*Michael Jackson (1942 –2007) who was also known as the beer hunter, dedicated more than 30 years to discovering, recording and then sharing the world’s finest beers in his many books, articles and TV programmes. He was the first Chairman of the British Guild of Beer Writers.

Caption to attached image: (l-r) Ben McFarland, Beer Writer of the Year 2011, receives his trophy from Simon Jenkins chair of judges for the British Guild of Beer Writers Awards 2011