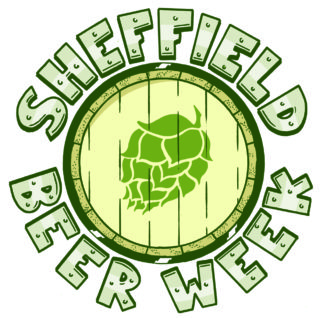 It is with great excitement that the first few breweries have been announced for 2018 #SheffBeerWeek events. Follow updates as they are released via our Twitter. Not only do we have great local breweries such as Neepsend, Thornbridge and Abbeydale all getting involved but a list of national and international breweries including last year’s favourites returning Beavertown, in addition to Marble, Wild Beer Co and Hardywood Park Craft Brewery from Richmond, Virginia, USA. We can’t wait to share more with you all in the next few weeks!

With beer tourism alive and kicking in Sheffield, the beery city’s reputation was solidified with research after 2016’s University of Sheffield commissioned Beer Report written by broadcaster Pete Brown. It is great to see traction building in Sheffield’s beer scene.

Sheffield Beer Week’s additional strands for 2018 sees a celebration of women working in the beer industry with a brewsters tap takeover event at The Rutland Arms, collaborating brews with Ashover and Welbeck Abbey breweries, working with consumer group the Ladies That Beer and Fem.Ale organiser Erica Horton to host beer tastings. International Women’s Day on March 8th precedes the beer week and will see Sheffield Beer Week celebrate with a brew-day as part of the run-up activity. In addition to 2018 being the 100th anniversary of the Representation of the People Act 1918, the first steps in the UK for women to vote (all women won equal voting rights in 1928).

Further stands include a back to beer basics with venues acting as ingredient hubs (malt, hops, water, yeast, adjuncts) and hosting events; continued exploration of our Norwich City of Ale partnership with a city tap takeover and a mini Yorkshire beer photography trail working with photographer, Mark Newton and his Beer Yorkshire project. On Saturday March 10th, to launch the week, there will be a new one-day ticketed beer festival, Indie Beer Feast. A celebration of craft beer in the iconic Abbeydale Picture House with brewery bars and great street food.

“Firstly and fore-mostly I want to give a big thanks to all those who have been involved in previous years and look forward to 2018’s plans as they gather apace. The week wouldn’t be what it is without those involved. It shows the unity and community of the Sheffield and international beer scene. Beer tourism is a growing area and I see this as a crucial cog to Sheffield’s continued beer success and positive economic growth city-wide. 2018 has a number of really exciting strands that I can’t wait to celebrate including all new ingredient hub venues and celebrating women working in the beer industry.”