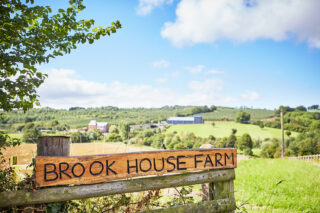 The eventual return to the Great British pub, initially via the Great British beer garden on the 12th April, is understandably cause for celebration among brewers, the beleaguered hospitality industry and of course a rather thirsty general public.

It has been a long wait. Not since Sir John Mills gratefully drained his tall glass of ‘probably the best’ larger in that famous scene in ‘Ice Cold in Alex’ has a single beer been more anticipated.

Sadly though if you’re a beer afficionado (and who isn’t these days) this situation could present something of a dilemma. Your chosen beverage to mark this momentous occasion reveals a lot about you, it is a very personal choice, backed up by years of conscientious sipping and the development of a highly sensitive palate. In fact, several months isolation and a few weeks of sleepless nights without a drink are probably needed in order to properly mull it over and make a decision. Back in the days of black and white war films, the beer choice available to Sir John was admittedly rather more limited, which may explain his eventual choice! These days with a smorgasbord of options offered by charming country pubs, backstreet boozers, trendy urban bars and hip taprooms (many of whom will have found a way to squeeze in a makeshift outside table or two) the craft beer lover may be forgiven for dithering a little.

How to narrow down these options? Will you go for an old favourite that won’t let you down, or is now the time to try something different to really treat yourself and push the boat out?  There are of course several apps that will help you do this sort of thing where hundreds of beers are helpfully reviewed, rated, eulogised about, critiqued and ranked according to every possible factor you could think of. They will even tell you the nearest place that sells your beer of choice based on your location. Easy. Or, if you don’t trust the wisdom of crowds, you could always knock up a spreadsheet of your own, noting flavour, aroma, mouthfeel etc. Don’t forget to consider the environment you were drinking in at the time as that will affect the taste of the beer. Was it noisy? Were you with friends? Was it raining? What was the table made out of? That sort of thing. Or you could just leave it all up to fate, cross your fingers, throw caution to the wind, and ask whoever is serving at your outside table to recommend something?

Faced with this agony of choice, and knowing that your local pub, although patient, friendly and always accommodating, needs to get on and serve the very many people who will no doubt be queuing to get into its beer garden, may we at Brook House Hops politely suggest that whatever you do choose, why not make it a local beer? By local we mean locally brewed, ideally with locally sourced English hops, and ingredients from British farms. We’re fortunate to supply our farm-fresh hops to breweries nationally, and internationally, but many of our first and most loyal customers are the breweries that are on our doorstep, supplying local pubs, almost all of which have had a tough time over the last 12 months.

Recent industry figures suggest that 87 million pints of beer have been poured away since the start of the pandemic, and although there have been stories of pubs switching to take- away services, and innovative breweries developing home delivery capabilities, that is still an awful lot of beer that hasn’t been sold or brewed. Most of this beer is likely to have been cask beer destined for sale in pubs, and in many cases only available in pubs too.

Never then has there been a greater need to support local businesses and suppliers, and encouragingly it seems there is now a growing desire to do so.

The concept of a stronger more connected inter-dependant community is one of several positive trends that have emerged as a result of multiple lockdowns. Travel restrictions have naturally forced us to look more at what our local economy can offer. This in turn has given rise to a renewed interest in the provenance of food and drink, that the biggest food brands and supermarkets are now keen to promote to reduce both carbon footprints and unnecessary food miles.   Creating a thriving local economy built on support for local businesses and suppliers is something we can all play a part in and benefit from.

The Hopshires project set up several years ago is one such example of an early initiative to support greater collaboration between hop growers and brewers in Herefordshire, Worcestershire and Shropshire and to build awareness among beer drinkers of how locally grown hops are used in their favourite beers. Without English hops the unique identity and flavours of our beers would be transformed and maybe even lost altogether. This would indeed be a shame when the industry is literally and metaphorically rooted in the earth of our surrounding countryside. Our local hops, and the beers lovingly brewed with them for generations are a natural national treasure that we should all be proud of and do what we can to preserve.

The choices we make about the food we eat, and even the beer we drink in the weeks, months and years ahead will be essential to creating a quick recovery and a return to a new and hopefully improved normal. So whether you’re a craft beer fan or not, enjoy that first sip of freedom on the 12th April in your beer garden of choice safe in the knowledge that a local beer, brewed with English hops is good for you and probably your neighbours too.

If you’d like to let us know what you decide to choose as your first beer garden beverage, send pics of you taking your first sip to our Facebook page @brookhousehops use the hashtag #firstsip and tag your local brewery.  Our 3 favourites will receive a pack of 6 beers brewed with our finest Herefordshire hops.

Brook House Hops is a hop farm and producer based in Herefordshire, UK, established in 2015. They grow their own hops which are truly unique thanks to the rich, red, Herefordshire soil.  With over 400 acres of hops spread across 2 sites they account for around 15% of all hops grown in the UK and use a mixture of the latest technology and traditional farming expertise. Brook House also sources niche hop strains from around the world and are meticulous about quality.

Brook House was established to give customers flexibility in their choices and access to the very best UK hops, without having to go via a traditionally inflexible hop merchant.

Find out more by visiting the website at https://brookhousehops.com or finding us on social media: