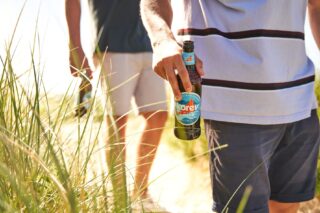 St Austell Brewery has put Cornwall on the world stage, after three of its beers took home gold at this year’s International Beer Challenge (IBC). The family-owned company was awarded seven accolades in total.

The list of recognised beers includes a gold in the lager category for one of the brewery’s most popular flagship brands, korev (4.8% abv). Big Job double IPA and Proper Black IPA were also awarded gold.

The International Brewing Challenge is a globally recognised symbol of quality. With over 600 entrants this year, from over 40 countries, beers were tasted from traditional brewing nations like the UK, Germany, Belgium and the USA, plus exciting emerging markets in South America and Asia.

Andrew Turner, Managing Director of St Austell Brewery’s Beer & Brands said: “We are delighted to have been awarded seven medals this year, including three golds. It’s always an honour to be recognised internationally and is testament to the dedication, passion, and talent of our brewing teams in Cornwall and Bath. We are so proud of the great work that they do, which continues to build on our reputation for innovation and quality here in the South West.

“It’s particularly special to have received a gold award for korev, after significantly investing in the brand this year. In such a competitive category, with some big international brands, we are very proud that our Cornwall inspired lager was recognised and that we can play a part in putting our home county on the map.”