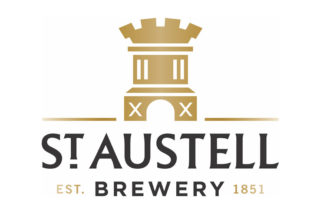 Independent brewer St Austell has become the latest sponsor of this year’s Guild Awards, taking the Best Video Beer Communication category. The prize fund for this award is now increased to £1,500, contributing to a highest-ever pot of £18,500 for the awards overall.

The Guild Awards are open now with a deadline of 2 September, giving beer writers, bloggers, broadcasters and others who communicate about beer or pubs just over five weeks to look out their best work and enter one of this year’s 15 categories.

The Best Video Beer Communication category is new this year, following the Guild’s decision to split the previous Best Broadcaster award into separate video and audio categories, the latter sponsored by Asahi UK.

This award seeks to recognise and reward the individual making the best use of video media to communicate about beer and pubs and is open to YouTube videos, TV programmes, films, and other video.  As for the other categories, judges will be looking for work that furthers the Guild’s mission ‘to extend public knowledge and appreciation of beer and pubs’.

“It’s exciting to see more and more beer writers and bloggers making the best use of video media to communicate about beer and pubs, whether that’s on television or through social platforms like YouTube. We’re really looking forward to the awards in November and recognising some of this year’s top talent.”

All category winners, runners-up and the overall Beer Writer of the Year as well as Brewer of the Year, will be announced at the Guild’s popular Awards Dinner, taking place on 23 November at One Great George Street in London.

Judging is carried out by a panel of writers, communicators and industry experts chaired by Pete Brown, the Guild’s current Beer Writer of the Year.

Independent St Austell Brewery has been brewing beer in Cornwall since 1851. Most famous for its flagship pale ale, Tribute, St Austell Brewery’s range of award-winning beers – also including Proper Job IPA and korev lager – are available in pubs and supermarkets nationwide. The business owns and operates over 170 pubs, inns, and hotels across the West Country – including managed houses and tenancies – and two breweries St Austell and Bath. With a network of six depots across the West Country – from St Columb to Wimborne – St Austell is the leading wholesale distributor of beers, wines, spirits, ciders, minerals, and soft drinks in the region.