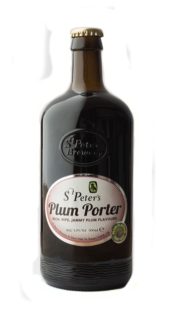 A brand new fruit beer, launched by Suffolk’s St Peter’s Brewery, has been named the winner of a national “Brewed for Morrisons Beer Festival 2017” competition.

The competition which saw the retailer stock a range of new brews throughout October, has awarded micro-brewery, St Peter’s, a national contract for Plum Porter, its brand new fruit beer.

Starting from the end of January, Plum Porter will be available in 400 Morrisons stores nationwide, giving customers the chance to try something new.

“We are delighted to win this competition and gain a national listing for our new Plum Porter,” explains Steve Magnall, CEO at St Peter’s Brewery. “The fact that it was a dark beer that came out on top with Morrisons’ customers proves that tastes are changing. Our Plum Porter is a dark, sweet, full-bodied porter with background notes of damson and blackcurrant that are followed by the fruitiness of the plum in flavour and aroma. It’s a perfect, warming beer for the winter season and obviously went down very well with Morrisons customers and buyers. We hope it continues to sell well in store,” adds Steve.

For more information about St Peter’s Plum Porter and the rest of its range visit www.stpetersbrewery.co.uk

For images, samples or interviews contact Nikki Whiteford on 07733 261843 or email nikki@nicolawhitefordpr.com