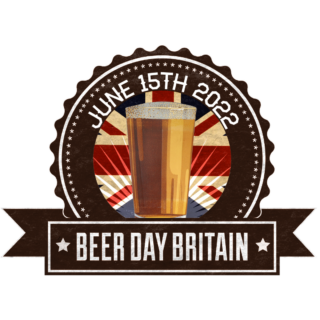 This Wednesday (15 June), thousands of CAMRA members up and down the country will be raising a pint to celebrate the nation’s favourite drink for Beer Day Britain and Beer Day NI, which culminates with a national ‘cheers to beer’ at 7 pm.

The day is organised by beer writer and sommelier Jane Peyton, who came up with the concept in 2015 to celebrate the nation’s favourite drink. Since then thousands of beer-lovers, breweries and pubs have gotten involved, and the collective #CheerstoBeer now annually trends on Twitter that day.

CAMRA members have supported the initiative since its launch by encouraging local pubs and breweries to host celebratory events to mark the occasion. This year, CAMRA is helping to promote Beer Day Britain under its Summer of Pub campaign, which aims to encourage pub-going throughout the summer months. The consumer organisation is urging people up and down the country to take part.

CAMRA National Chairman Nik Antona says: “Beer Day Britain and now Beer Day NI have been a staple in the CAMRA calendar for many years now, and I’m delighted that we’ve been able to extend our support this year with the Summer of Pub campaign.

“Both Beer Day Britain and NI and Summer of Pub have the same main objective – to get the people of Britain and Northern Ireland down to their local pub or club to celebrate their favourite pint. We’d like to encourage everyone to get involved this summer and check out events taking part near you to celebrate the pubs across the UK.”

CAMRA is helping to promote Beer Day Britain and NI events alongside other pub events throughout the summer months on its interactive Summer of Pub map. You can find out more about other initiatives during our Summer of Pub campaign here.

Jane Peyton adds: “As CAMRA members already know, beer tastes better when it is consumed with friends down the pub. CAMRA members have been the most enthusiastic supporters of Beer Day Britain since it started in 2015 and I have no doubt that they will do the country proud again this year and be at their local for the National Cheers To Beer at 7pm. #CheersToBeer!”

To find out more, visit www.camra.org.uk/summerofpub