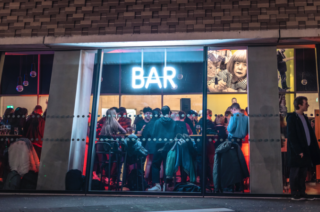 Following two highly successful years of Tap Takeovers at Tate Modern, in 2020 the series will return for its third year, continuing to showcase the best of the British craft brewing scene.

The evenings serve as a platform for emerging craft breweries who are able to bring their beers to a larger audience in a top London venue, providing a fun and informal space for beer makers and beer lovers alike to come together. Throughout the event the brewers are always available to answer any questions guests may have, often telling their unique brewery stories and going into detail about their recipes.

The nights also explore the link between beer and art as the Tate Eats team encourages the breweries to bring along some of their beer art to show on the night, the story behind which is often as compelling as the beer they are producing.

August – An Oslo based brewery special with Amundsen Brewery

This is a ticketed event, book online at: https://www.tate.org.uk/whats-on/tate-modern/food-anddrink/tate-tap-takeover

TATE TAP TAKEOVER Taking place on the last Thursday of each month, the Tate Tap Takeover series provides a fun and informal space for beer makers and beer lovers alike to come together and enjoy the best of the UK’s brews with tastings, talks and activities.

TATE BEER Tate’s extensive beer list provides a solely British offer and the team thoughtfully seek out the best beers in Britain. Sourcing the brews for the four Tate galleries, the team has ensured that the list focuses on well-brewed, well-crafted beers, made with an ethos in line with Tate. Visitors at Tate can enjoy beers from passionate and innovative breweries across the British Isles.