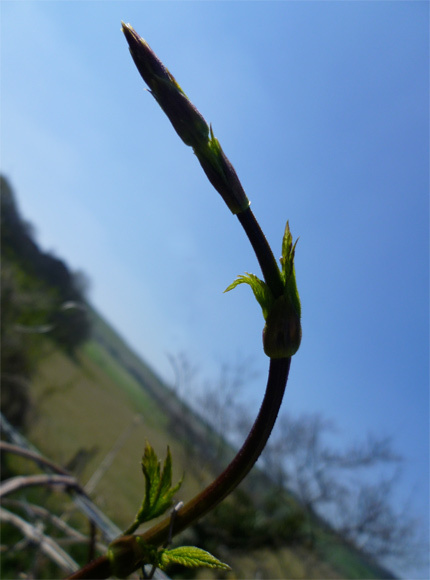 With only 30 days to go until the start of the London Hop Shoot Festival excitement is building ahead of the big day.

An increasing number of pubs, bars and restaurants are signing up to participate in this novel culinary celebration of town and country that will take place over the weekend starting 27th April.

Charlie McVeigh, owner operator of the Draft House group of craft beer led bars has signed up all three of his outlets to the venture, saying, “I’m bloody excited to have the opportunity to be among the first to work with Kent Hop Shoots on a commercial level. This is what Draft House is all about.”

Festival organiser, Peter Haydon, owner of the Florence Brewery in South London explains the day. “April 27th will see a band of brewers and volunteers spending a hard day in Kent picking at the farm of hop grower Chris Lilliwhite, who has kindly set aside part of his farm for us and avoided spraying hops so that we can eat them. At the end of the day we will return to London, dividing up the crop en route so that as soon as we reach Trafalgar Square we can allocate shoots to all of the participating outlets. They then have to rush back to get the hops onto the table and we shall be relying on customers using twitter to let us know who has got the hops shoots onto their menu first. We will be making allowances for travel times, so a pub in Hackney has every chance of beating a pub in Soho to become Head Hop.

“We will also be using social media to decide who is producing the most interesting and innovative hop dishes using @londonhopfest and #londonhopfest and we will be trying to ensure that all participating venues have lots of eager Londoners sat ready to try that rarest of culinary treats – something they’ve never had before!”

The idea behind the Hop Shoot Festival is to remind Londoners of the historic connection between the city and the land. For centuries London was the brewing capital of the world. East Anglia produced and still produces the world’s best malting barley and Kent still produces some of the world’s finest hops. London’s brewers relied on both these regions for the ingredients required in huge quantities to slake the thirsts of generations of drinkers.

A record number of breweries opened in London in 2011 and an incredible total of 18 breweries now operate in the capital. LBA members are supplying a growing number of outlets as increasing numbers of drinkers and operators wake up to the fact that there is currently a renaissance in London brewing. There are now more breweries operating in the London region today than at any time since the 1950s.

The Hop Shoot Festival is a celebration of that renaissance, a recognition that we are living through an exciting period in the long history of brewing in London and a reminder of the continuous nature of the relationship between town and country.

The London Brewers Alliance was founded in 2010 as a loose confederation of brewers operating in and around the capital. It is a non-heirarchical, non-profit organisation dedicated to promoting London’s brewers and raise awareness about brewing in London.

Interest in the festival is growing and already a sizeable number of venues have expressed a keen desire to participate. To date these include:-

Your contact for this event only is Peter Haydon of the Florence Brewery brewery@florencehernehill.com,