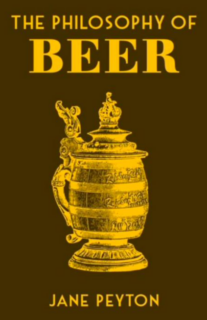 Have you ever wondered about the difference between a lager and an ale? Or marvelled at how, with only four basic ingredients, there can be around 150 different styles of beer in existence?

Raise a glass with Jane Peyton as she distils practical advice from the rich history of the nation’s favourite beverage. This fascinating insight spans the earliest evidence of beer 13,000 years ago, through its central role in monasteries and aboard naval ships, to its enduring popularity today. Illustrated with beautiful engravings and posters from the British Library collections, this book will quench your thirst for knowledge, with everything you need to know to become a mastermind in beer.

Beer Day Britain is an annual celebration on June 15th for all beer lovers and it celebrates all beer including traditional ales, mainstream lagers, and limited-edition craft beer and everything in between no matter where it is brewed or who owns the brewing company. June 15th is significant because that is also the date Magna Carta (two exemplifications of the original 1215 charter are held in the British Library collections) was sealed in 1215. The great charter mentions ale in Article 35:


Ale was so important in England in 1215 that it was cited in one of the most significant legal documents in history. Today beer and pubs are still central to British life and seven out of 10 drinks sold in a pub are beer.

Jane Peyton is an award-winning writer and alcoholic drinks expert, and a regular host of beer tasting events. She is the UK’s first accredited Pommelier (cider sommelier) and Principal of the School of Booze. Jane is also the author of a number of books including The Philosophy of Gin, published by the British Library in August 2020. Beer Day Britain was instigated in 2015 by Jane, and she is the driving force and project manager. Beer Day Britain is supported by all the major organisations in the beer industry including Britain’s Beer Alliance, Society of Independent Brewers, British Beer & Pub Association, and the Campaign for Real Ale.

All titles are available for purchase or pre-order from the British Library Shop: https://shop.bl.uk