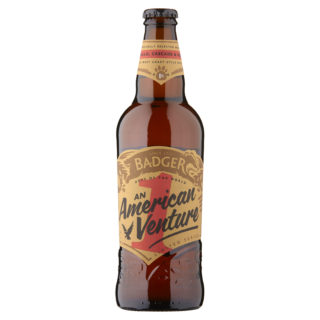 The team at Badger Ales are in high spirits, after the announcement that not one, not two, but three of their beers have won awards. Two of the beers took home 2 stars each at the Great Taste Awards and another took an impressive UK Silver in the World Beer Awards’ IPA category.

When asked, the team said they “couldn’t be happier with the results and were excited for Badger drinkers to hear the news.”

An American Venture, the latest offering from Badger Ales, has gained a UK Silver medal at the World Beer Awards. Known in the industry as one of the most prestigious beer competitions, the IPA category is always hotly contested, so Badger’s win is not only a massive feat, but a true indication of the world class brews Badger produce year-on-year.

Head Brewer, Toby Heasman said, “It is a great recognition for the beer and the brewery, and follows on well after An American Venture was acclaimed as beer of the month in May this year, by the well known journalist Roger Protz”.

Having decided to brew a beer showcasing the balance between hops and yeast from a different part of the world – An American Venture toasts a glass to our friends across the pond. A combination of Amarillo, Mosaic and Cascade hops with a classic American ale yeast, results in a refreshing West Coast style IPA.

Each year, independent brewers Hall & Woodhouse – the family business behind the Badger ale brand – celebrate their Founders Day with a limited edition ale. The brewing team at Badger Ales set to work creating this bottle only brew with much excitement, as only one batch is ever made.

The Mysterious Mer-Chicken is 2017’s offering, a Blonde beer which has been fermented with Belgian yeast and infused with fresh basil. A distinctive Saison-style beer, its fresh herbal undertones, make it the perfect summertime tipple.

Judges at The Great Taste Awards noted, “A good golden clarity, delicious mousse and creamy notes. Little hints of green – complex, clean and with some interesting hoppy notes. Well balanced, well made and refreshing. A ‘marmite’ beer – very much loved by some.”

Blandford Flyer is a popular choice. This medium-bodied sweet tawny ale has hints of ginger, spice and toffee, making it another perfect drop for savouring alfresco.

Based on the patient fly-fisherman of the Dorset Stour, these ‘flyers’ are celebrated in this warming ale with ginger overtones – rumoured to be originally included to remedy the bites of the infamous Blandford Fly.

For more information please contact Samantha on Samantha@nudgepr.co.uk or 07867 387868