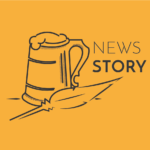 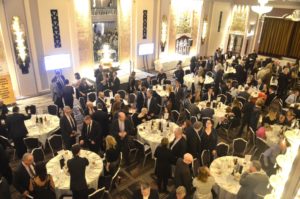 Tickets are now on sale for the British Guild of Beer Writers’ Annual Dinner and Awards, taking place on 1 December at the Park Lane Hotel on London’s Piccadilly.

The event, where the Guild reveals the winners of its nine Awards for communication about beer and pubs, has become a popular fixture on the brewing and pubs industry’s calendar and is expected to attract at least the 200 guests who attended last year.

Each of the dinner courses, prepared by the Park Lane Hotel’s talented executive chef Andrew Bennett, will be matched with a beer specially chosen to complement the flavours of the food, and to showcase the diversity and versatility of our national drink. The meal and presentation of awards take place in the hotel’s elegant, Art Deco-era Ballroom. Pre- and post-dinner beers are provided by the Awards’ brewer sponsors.

The Guild’s 2016 Awards will be presented by Breandán Kearney, winner of last year’s Beer Writer of the Year title, who has chaired the judging of this year’s competition. In a break with previous tradition, the Guild will this year announce up to five finalists in each of the nine categories, ahead of the presentation evening.

On the night, the winner and runner up in each category will be announced, to receive an engraved British Guild of Beer Writers tankard and – with the exception of the Corporate Communications category – £1,000 and £500 respectively in prize money. The winner of one category will also be named Beer Writer of the Year 2016 and receive the Michael Jackson Gold Tankard.

Guild chairman Tim Hampson said, “Our Awards dinner has changed beyond recognition over the last decade, reflecting the huge growth in the UK brewing industry and, alongside it, a welcome increase in communication about beer and pubs.

“We are looking forward to welcoming our shortlisted writers, Guild members, sponsors, judges and other industry friends to the Park Lane Hotel for what we’re sure will be a memorable evening for all our guests.”

The Guild’s Awards and dinner are made possible thanks to a number of sponsors: Molson Coors, Adnams, Fuller Smith & Turner, Caledonian Brewery, Shepherd Neame, Badger Ales, There’s A Beer For That and St Austell Brewery.

To buy a ticket for the dinner, please email angie@cask-marque.co.uk

Caption to attached image: guests at the British Guild of Beer Writers annual awards and dinner 2015

The British Guild of Beer Writers was formed in 1988 to help spread the word about beers, brewing and pubs. With around 300 members, its mission is “to improve the standards of beer writing and improve the public knowledge of beer and pubs.” Its members include the cream of the country’s beer media experts – be they journalists, authors, producers, photographers, illustrators or PR people. Supporters of the Guild include: brewers, pub companies, and many suppliers associated with the brewing trade. http://beerguild.co.uk/

Issued on behalf of: British Guild of Beer Writers