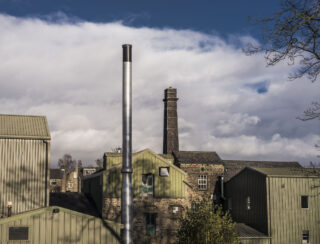 Timothy Taylor’s are delighted that Prime Minister Boris Johnson has given the green light for pubs to reopen on the 4th of July. After over three months of pub closure, including its own 19 outlet estate, in recent weeks Timothy Taylor’s has significantly increased brewing at their Knowle Spring site in anticipation of the guideline date and to ensure it could meet customer demand.

At the beginning of March 2020, the Timothy Taylor’s brewery was thriving, with Landlord proving more popular than ever; a growing interest in other traditional beers such as Boltmaker (CAMRA Champion Beer of Britain 2014); and more modern style beers, such as Hopical Storm, finding new audiences.

Enter the coronavirus, which found the brewery, from April, working with a skeleton crew of 16 people with 90 furloughed. Not only did revenue collapse overnight because of government enforced pub closures but hundreds of thousands of pounds of cask beer has had to be thrown away as it was no longer in-date. A silver lining has been bottle sales, which have meant that brewing has been able to continue throughout this period, protecting the health of Taylor’s 40 year old yeast and bringing in some much needed revenue.

Despite its own financial pressures, the brewery has taken the lead in supporting its pub partners, initially offering a four-week rent free period ahead of the lockdown and then, following the lockdown, a continued period of free rent. Despite pubs reopening in July, Taylor’s will not be charging rent at this time either, giving licensees a chance to invest in their outlets and judge the level of trade without the added pressure of rent payments.

In preparation for more of the team returning to work, in recent weeks the brewery and offices have undergone a deep clean and new signage, hygiene and working practices have been initiated to ensure the safety of employees.

The big unknown is to what extent demand will return, given the conditions on social distancing that pubs will be placed under combined with an understandable reluctance on the part of some consumers who may feel they are at risk.

We anticipate that the months ahead will continue to be challenging, but our brewery has stood firm in Keighley for over 160 years and we are determined that it will continue to supply quality cask ales for many more years to come.

Timothy Taylor’s is one of the UK’s oldest family-owned breweries with over 160 years’ heritage of brewing award-winning cask ales, with their Landlord winning more awards than any other beer, winning both CAMRA’s Champion Beer of Britain and the Brewing Industry Challenge Cup four times. Established in 1858 when Timothy Taylor began brewing in Keighley, the company remains in the family and is the last independent brewery of its type left in West Yorkshire.