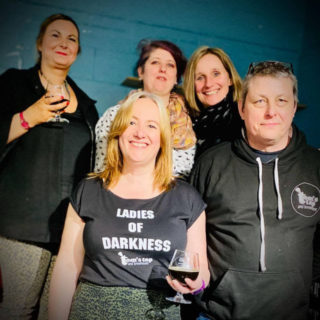 A Crewe based brewery and taproom has launched a beer dedicated to “Crewe’s First Feminist” in time for International Women’s Day.

Tom’s Tap and Brewhouse brewed “The Factory Girl”, a “nourishing stout” with the Ladies of Darkness, a collective of dark beer lovers based at the Crewe taproom. The Factory Girl refers to Ada Nield Chew, a campaigner for workers rights and, later, votes for women who lived and worked in Crewe in the 1890s.

The Ladies of Darkness have also drawn support from Cheshire East Councillor and former MP, Laura Smith and Motherwell Cheshire CEO Kate Blakemore. Speaking at the launch, at Tom’s Tap and Brewhouse on Crewe Women’s Day (29th February), Blakemore said “Motherwell Cheshire’s mission statement is to Encourage, Inspire and Empower. To be able to do this, we need to remember the women that made personal sacrifices to encourage change for others. For me Ada did just that and I feel its important that people locally remember Ada and be proud of what she achieved.”

Brewer, Sean Ayling said that the project was very much an all woman enterprise. “The recipe was a collaboration between Jenn Merrick (Earth Station Brewery) and the beer writer and judge Melissa Cole.” he said.

“The style, Nourishing Stout, was seen for sale around the time of Ada and would have contained oats and brown malt. We particularly wanted to use oats as a nod to Morkflake, Crewe’s oldest business. My role in the brew was largely kept to making the tea and coffee whilst the Ladies of Darkness did all the work.”

The beer is available now in the brewery on draft and will be served on cask in Hops Belgian Bar in Crewe and the Crown and Kettle in Manchester on International Women’s Day, Sunday 8th March.

The Ladies of Darkness is a community group based at Tom’s Tap and Brewhouse in Crewe, made up of ladies who love dark beer. New members are always welcome.