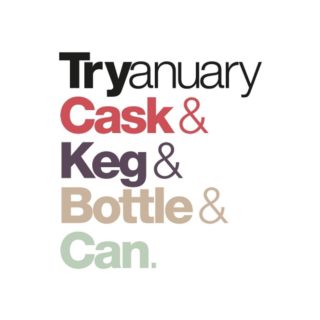 Tryanuary, the volunteer-led campaign that promotes support for the beer industry in January is back for 2020!

Beginning in 2015, the annual campaign is run by people passionate about beer and the industry, who want to help breweries, bars, pubs & other beer venues during the tough month of January.

“We’re here to help promote the beer industry in January” said Mike Hampshire, National Campaign Coordinator. “Tryanuary is a campaign where we encourage people to continuing trying beers after the festive season.”

“Every year starts the same; many people make New Year’s Resolutions about improving health & wellbeing and often the first thing that gets stopped is alcohol consumption”

“This isn’t a promotion to encourage irresponsible drinking; beer can be enjoyed as part of a balanced lifestyle all year round and pubs are great community spaces. My slogan at the moment is ‘Remember, Pubs aren’t just for Christmas!’”

Breweries and beer venues are encouraged to take part by organising events that can be listed free of charge on the Tryanuary website and be actively promoted on social media by organisers using #Tryanuary.

“To help run this campaign, we have a great team of volunteers. This is a nationwide event, though, so we’re always looking for more people to help out. Even simply mentioning the campaign to those who don’t know about it is a big help” said Mike.

People who are planning on taking part Dry January are still encouraged to join in Tryanuary too.

“We’re seeing a growth in the production and consumption of alcohol-free beers in the UK. There are some fantastic brewery innovators out there making tasty alcohol-free ales, from pales to stouts. There’s no reason why Dry January participants can’t join in Tryanuary too!”

Tryanuary will also be raising funds for The Benevolent, the drinks industry charity. Last year, the campaign raised a total of £1,545.

The Tryanuary campaign runs throughout January, with more information on how to volunteer and list events at https://www.tryanuary.com.