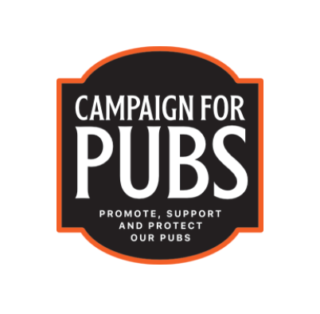 The Campaign for Pubs, the national grassroots campaign group representing pubs, publicans and pub-goers has issued an urgent plea to the UK and Scottish Governments to announce urgent packages of support for all UK pubs, publicans and their families as lockdowns commence in England and Scotland.

Earlier in the day Nicola Sturgeon announced a lockdown for Scotland and Boris Johnson has now announced a full lockdown for England. Pubs in both Wales and Northern Ireland are also currently closed.

The levels of support for pubs are currently wholly inadequate, with pubs having already lost their trade for many months of last year, including the all-important December trade in many areas. Many publicans are already in considerable debt and already some pubs have closed.

The current level of grant support isn’t enough to cover ongoing costs, especially rent, never mind support publicans and their families, so urgent action is needed to avoid mass pub closures & hardship. There also needs to be support for small brewers & other suppliers whose businesses are threatened due to pubs being closed.

Without urgent, adequate support, many pubs, including pubs that have survived for centuries and two world wars, will be lost – and many families reliant on pubs and hospitality face hardship and homelessness.

Now that it is known that pubs all over the UK will not be allowed to open their doors again for weeks, the Campaign for Pubs, with the support of ‘The Pub Landlord‘ Al Murray, are calling for an urgent package of support to save pubs and stop families losing their homes including:

In yet another blow for pubs in England, the UK Government has this time banned takeaway of alcohol – whilst supermarkets and off-licences continue to be allowed to sell alcohol without any restriction. Deliveries are allowed but will simply not be economical for the vast majority of pubs. Even the UK Government’s guidance was confusing and there is particular confusion around pubs that also operate as shops, as some do and many pubs have an off-license, including in areas where there is no other facility that does.

The Campaign for Pubs are calling on the Government to change their position on this, as they did in the November lockdown, initially banning takeaways before reversing that decision. The Campaign believe that rather than once again scapegoating and unfairly discriminating against pubs, the Government should instead urge people not to break the rules whether taking away cans from the supermarket or coffees from Costa.

The Campaign for Pubs is also calling for the money rightly returned by supermarkets, who benefited from the business rates holiday despite being able to trade, to be used to provide the urgently needed adequate grants for pubs and hospitality, that have borne the brunt of the lockdowns and restrictions whilst supermarkets have been unaffected.

Greg Mulholland, Campaign Director for the Campaign for Pubs said:

“An urgent package of support is needed to save our world-famous pubs. Ministers need to realise now that unless they act decisively and provide adequate grants to get pubs through another lockdown, the future of many beloved, important and historic pubs is at risk and the future for many families is bleak. Without urgent, adequate support, many pubs, including pubs that have survived for centuries and two world wars, will be lost – and many families reliant on pubs and hospitality face hardship and homelessness”.

“Once again, pubs have been unfairly scapegoated with the ban on takeaways and the Campaign for Pubs is calling for this to be reversed. It’s wrong for pubs to be prevented from operating as off-licences, whilst supermarkets continue to trade without any restrictions”.

Paul Crossman, Chair of the Campaign for Pub and a licensee in York said:

“As we enter a third national lockdown for England and Scotland, the situation for thousands of pubs across the UK now looks truly dire. If the Government does not immediately announce a much-strengthened package of financial grant support for pubs and their suppliers, then the industry faces real catastrophe. Communities across the nation will face the prospect of losing their beloved social hubs, and the families that run them will be facing severe and long-lasting hardship.

“The current grant support is woefully inadequate even to cover basic fixed costs, which for some continues to include full property costs. For those pubs this is the most pressing existential threat, so the Government must now act by replacing the current voluntary Code on rents with mandatory measures to give publicans substantial backdated relief on property costs for businesses that once again simply cannot trade. They must also urgently provide income support for the great many publicans currently excluded from eligibility for whatever reason”.

Dawn Hopkins, Vice-Chair of the Campaign for Pubs and licensee of the Rose, Norwich  said:

“Publicans up and down the country have been told to shut their doors, including this time even for alcohol takeaways during this lockdown, but we are still not being given anywhere near enough financial support to protect our livelihoods and our families. The financial and emotional strain on publicans – and our suppliers including small brewers – is immense, and the support we have been given since the restrictive tier system and now this lockdown is substantially less than during the first lockdown, yet we still have bills to pay, our families to feed.

“Government needs to realise and act on the fact that we cannot continue like this, that we cannot survive like this and that our pubs will not reopen without a proper support package put in place and delivered swiftly and efficiently. The future of thousands of pubs, publicans and small brewers is in their hands, they must act now”.

3. Campaign for Pubs costs £25 a year to join, or £40 for a couple and members become part of a national network of those who care about pubs and their future.

Press release from the Campaign for Pubs