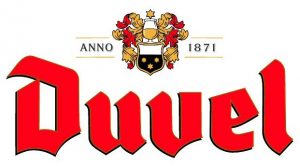 Voting, which took place amongst beer drinkers across Europe during autumn 2016, saw Citra trounce the four American and one Japanese candidates.

Duvel, Belgium’s iconic bottle conditioned strong golden ale, is well known for its towering blond head and great elegance of style. It is traditionally brewed using two hop varieties: the earthy and herbal Saaz Saaz from the Czech Republic, and the rich lime marmalade of the Styrian Golding hop from Slovenia.

But in 2008, Duvel’s Master Brewer, Hedwig Neven, decided to add a third hop to give a fascinating insight into the flavours and aromas world of hop growing globally, and to raise the strength of the brew from 8.5% to 9.5%.

A different Duvel Tripel Hop has been released annually since 2010, with each hop providing its own signature aromas and flavours.

Comments Duvel Moorgat’s UK General Manager, John Wood: “Citra was first used in Duvel Tripel Hop in 2012, and it landed a Gold Medal at the Brussels Beer Challenge and the consumers’ trophy at the Zythos Beer Festival. Our Brew master, Hedwig, describes it as ‘an explosive hop with an in-your-face flavour of citrus notes that beautifully complements Duvel’. It is very intense and appealing and has real definition of flavour, which makes it a great aperitif and a fascinating match for many foods.

In past years, Duvel Tripel Hop has been limited edition and changed annually. But now that the voting has ended, Duvel Tripel Hop Citra will be a regular part of the Duvel portfolio. And a certain winner, of course”.

Duvel Tripel Hop Citra – RRP £2.79 – will be available in 33cl bottles in select Booths stores, specialty beer shops and premium pubs and bars all over the UK.