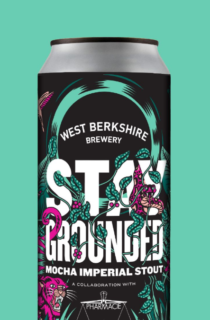 Crammed full of passionfruit, guava and pineapple flavours with a satisfying bitterness.

Dark as a lunar eclipse, this decadent mocha imperial stout is abundant with rich coffee and chocolate flavours derived from the Ywangan beans. Aromas of roasted almond tempt you in and the lingering bitterness pulls you back for more

The SIBA South East Independent Beer Awards judged a huge range of beers across a number of styles in separate cask, keg and bottle & can competitions.

Tom Lucas, Managing Director at West Berkshire Brewery, comments: “This is a great achievement, and a real testament to the ongoing work that our dedicated and innovative brewery team deliver year-round. Our brewery team, led by the talented Will Twomey, is always experimenting with different brews and following a recent brewery investment have been able to expand production of brews like our India Session Ale, but also install the state-of-the-art bottle and canning line.

“The main focus for us is always to brew exceptionally high-quality beer in a range of authentic styles, so it is fantastic to recognised at this year’s SIBA South East Independent Beer Awards. A huge congratulations to all of this year’s winners’

Ian Fozard, SIBA Chairman, adds: “Judges had a tough job separating the pack as the standard was extremely high once again. The winners from the SIBA competition are officially the best independent craft beers in the UK, something brewers should be extremely proud of.”

Founded by two passionate homebrewers in 1995, West Berkshire Brewery’s focus has always been inspired by community, respect for heritage, a commitment to build a sustainable future, and ultimately to create fantastic beer. With a considered approach to old and new, the admiration for great traditional English beer styles, is combined with the creativity and imagination of a young and vibrant brewing team which constantly explores progressive beer styles.