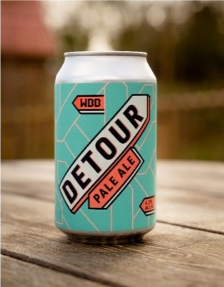 West Berkshire Brewery have launched a brand-new portfolio for 2020 as it celebrates a milestone 25th anniversary. The latest additions to the portfolio includes the brewery’s first-ever alcohol-free beer, a new pilsner and brand new pale ale. The brewery will also be launching a series of seven seasonal specials, inspired by the Brewery’s 25th anniversary and the local surroundings which will be rolled out throughout the year.

The new portfolio builds on the success West Berkshire Brewery’s current range, while also taking into consideration the growing trends around moderation and the continued excitement in the craft beer category. Joining classics such as Good Old Boy and Renegade lager, both recent winners at the SIBA and LBA awards, the new brews include:

Detour (4.5% ABV). Crammed full of tropical fruits and citrus flavours, the beer is perfectly balanced providing the drinker with a truly exceptional experience from first smell to final taste. Designed to pair beautifully with food, the citrus notes of the pale ale offer a natural pairing with Mexican spiced chicken tacos with guacamole. The new addition is available in 330ml bottles and cans and 30L Keg, available direct from the brewery or via Matthew Clark.

Solo (0.5% ABV). West Berkshire Brewery’s very first alcohol-free beer. Offering tropical flavours with notes of grassy pine and a crisp bitterness, it pairs with chicken satay with peanut chilli for that extra kick. It is available in 330ml bottle and cans and we are trialling it in kegs for the On Trade.  A Peach Pale Ale and a Pilsner are planned to join the Solo range shortly.

Stoney Lane (4.9% ABV). A British twist on a Czech classic. With a crisp, dry flavour and a distinct grassy aroma and woody bitterness; the herbal and spiced flavours of the Pilsner pair perfectly with creamy seafood and risotto and is also available in 330ml bottles, cans and 30L Keg.

“2020 is our 25th Anniversary year and was the perfect opportunity for us to launch our new portfolio line up. This portfolio is a pure representation of our mission to promote quality beers, brewed with integrity and a respect for heritage and provenance, without limiting ourselves to a particular category or style. We make the highest quality beers for beer lovers of all stripes and tastes and we are excited for our customers to try the range.”

Seven seasonal brews will also be launched throughout the year, kicking off with Golden Age American pale ale (4.8% ABV), infused with local honey available until April. This is followed by Dance Hall Elderflower pale ale (4.1% ABV) from April till July, Simpler Times Blackberry IPA (3.8% ABV) from July till October and Nostalgia Red IPA (5% ABV) from October through to January. Full Circle Golden Ale (4.5% ABV), Hay Day pale ale (4.0% ABV) and Memory Lane (4.8%ABV) are our seasonal cask and bottle brews for the year.

Founded by two passionate homebrewers in 1995, West Berkshire Brewery’s focus has always been inspired by community, respect for heritage, a commitment to build a sustainable future, and ultimately to create fantastic beer. With a considered approach to old and new, the admiration for great traditional English beer styles, is combined with the creativity and imagination of a young and vibrant brewing team which constantly explores progressive beer styles.