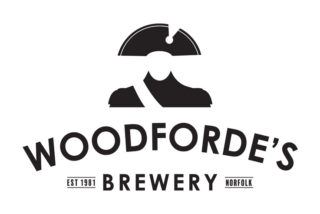 Woodforde’s Volt IPA, made with American hops and brewed to create tropical, citrus and floral and pine notes, was awarded a Gold medal in the Cask Conditioned Ale category at the International Brewing & Cider Awards 2019.

The highly prestigious competition, often referred to as ‘the Oscars of the brewing world’, attracted just under 1,000 entries from more than 200 breweries and cider mills around the world. It was judged by an international panel of 49 judges over an intensive three-day period.

Volt’s success means it is eligible for an international trophy award, with winners to be announced on 1 May at an event at London’s Guildhall, attended by members of the brewing and cider-making community from around the world.

The SIBA Independent Beer Awards represent the very best beer from the UK’s independent brewers and are judged by fellow brewers and industry experts making these awards the “Brewers’ Choice” awards in the UK.

James Armitage, Commercial and Marketing Director at Woodforde’s Brewery, said: “These awards are highly regarded in the brewing world so we are delighted to have won two Gold Awards and one Silver for our Conquest Lager and Volt IPA.

“It is testament to the excellent craftsmanship of our brewing team who understand what todays drinkers are looking for and have created a fantastic lager for beer enthusiasts, and our Volt IPA, which has pushed the boundaries with some wonderfully aromatic hops to create a perfectly balanced brew with real stand-out. We will certainly be celebrating with a beer at our brewery tap in Norfolk!”

Woodforde’s Brewery has won more than 130 nationally recognised awards, with its beers listed in pubs throughout the UK. Last year, it partnered with Marks & Spencer to produce its British Lager which is now available in cans in stores across the country.