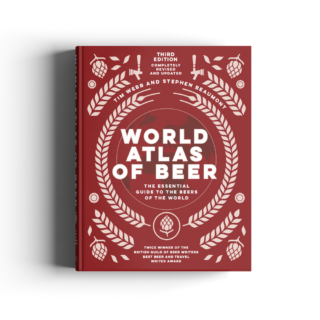 Guild members Stephen Beaumont and Tim Webb are pleased to announce that the third edition of their World Atlas of Beer, further updated from last year’s UK edition to account for the effects of the pandemic, launches in North America on November 1. Further, a Spanish language edition will be released in Spain on the same day.

Now featuring information on over 120 nations and territories, the World Atlas of Beer is the definitive work covering the state of beer around the globe. Canadian and US Guild members are invited to contact Liz Hermann at Liz.Hermann@octopusbooks.com to request review copies and arrange interviews, while Spanish-speaking members should contact Stephen directly at stephen@beaumontdrinks.com.