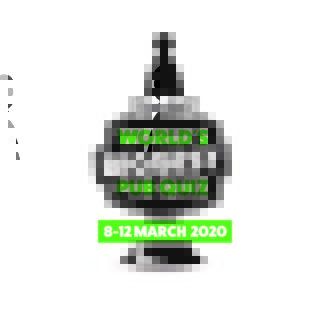 The World’s Biggest Pub Quiz is back for 2020 with a new official charity partner, Action Against Hunger. Organisers PubAid are hoping to increase the number of pubs taking part and the amount raised for charities.

Action Against Hunger was chosen as the charity partner for the quiz after impressing PubAid with their mission to end child hunger, and their strong track record in the hospitality sector. Every day more than 5,000 children die as a result of hunger, and almost half of all deaths of children under 5 is attributable to undernutrition.

Pubs will be encouraged to hold the quiz in aid of Action Against Hunger. Every pound raised will enable the charity to provide a day’s worth of life-saving food and nutrition to a child in need. A number of pubs elect to divide funds raised from the quiz between the official charity partner and a local charity or cause.

All pubs taking part in the World’s Biggest Pub Quiz will receive a free fundraising pack containing a choice of question sheets, posters and social media assets, to help them run a well-attended and enjoyable event. Fundraising packs will be available later this year and pubs can register their interest now at: www.pubaid.com/quiz

Co-founder of PubAid, Des O’Flanagan, said: “We’re looking forward to working with Action Against Hunger on the World’s Biggest Pub Quiz 2020. The charity has built impressive traction in the hospitality sector, with hundreds of restaurants and pubs supporting their ‘Love Food, Give Food’ initiative.

“Pubs who hold the quiz in aid of Action Against Hunger will be helping to provide life-saving food and nutrition to thousands of children around the world. We think that’s a powerful message that hundreds of pubs, and thousands of customers, will want to support.”

Matthew White, Director of Fundraising & Communications at Action Against Hunger said: “We are thrilled to have been selected as this year’s charity partner and are looking forward to supporting PubAid in making 2020 the biggest and best quiz yet.

“We’ve been working with the hospitality industry for more than two decades and have been blown away by the generosity of the sector and its commitment to giving back.

“Climate change and conflict mean that even more children are facing life threatening hunger than this time last year. As a dad, I think this is a devastating statistic and something that more people should be talking about.

“The Action Against Hunger team is fired up for this challenge and the creative juices are flowing. If we can also get a few people down the pub thinking about child hunger, that would be a massive bonus.”

About Action Against Hunger

Operational in 47 countries, Action Against Hunger specialises in providing life-saving food and nutrition to people in need, treating more children facing life threatening hunger than any other charity. In 2018 alone, the organisation supported more than 21 million people globally.