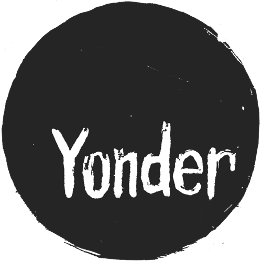 Yonder Brewing & Blending are releasing two new beers this week as part of a complete overhaul of their core range.

After lots of soul searching during the dark times of COVID-19, founders Stu Winstone and Jasper Tupman decided to use the downtime to revamp their flagship beers and get back to the original styles that made them found their own brewery in the first place.

The new core range will entail five beers all across multiple formats including 440ml cans, starting with Acapella – a bold, bittersweet Pilsner lager with all British hops – and a year-round version of Raspberry Gose, the brewery’s biggest selling seasonal to date. All the beers are on the brewery webshop and out in the trade at over 50 locations (click here for a map.)

Acapella is an unfiltered Pilsner hopped copiously with modern UK hop varieties. At 5.5% it has a rich malt body with notes of bread and caramel, balanced by lots of orange zest, spice and resin from a blend of First Gold, Jester, Endeavour and Archer hops. Those top hop notes jump out of the glass and give it a surprisingly bold finish for a lager.

The Raspberry Gose was a surprise hit, selling out in keg, bottle and minikeg faster than the brewery could rebrew it. As a result it’s made the core range with the same recipe that’s heavy in raspberry and uses Yonder’s signature house blend of yeast and microbes rather than a quick souring process. The result is a highly fruited, jammy beer backed by lots of funky complexity and restrained sourness from the fermentation.

Yonder founder Stu Winstone says: “We wanted to make sure some good came out of the downtime during COVID-19, so we’ve spent months dedicated to these recipes and testing them out. We’re so proud and excited by what we’ve come up with, and think it represents our beliefs and approach at Yonder – that British ingredients and mixed fermentation can set our brewery scene apart and be used to make balanced but exciting beer with a real sense of place.”

Acapella and Raspberry Gose are the first of five new core beers being released by Yonder this summer, with three more following in August that explore less well-trodden styles.

The beers are available in can on Yonder’s webshop and for trade from today, with kegs to follow in the coming days!  For more details on the brewery or the beers contact stuart@brewyonder.co.uk or to order for trade contact lee@brewyonder.co.uk.

Yonder is a modern farmhouse brewery that makes beers inspired by living in the beautiful Mendip Hills – taking in the countryside, the history and the people. We use local and foraged ingredients to brew delicious lagers, bitters and wild ales that taste like home.

Founded in 2018 by Jasper Tupman and Stuart Winstone, our tight-knit team shares a passion for foraging and fermentation. We’ve invested everything we have in our vision of balanced but exciting craft beers with a strong sense of place – whether that’s a Bohemian Pilsner or something from the extensive wild ale programme that forms the heart of our brewery.