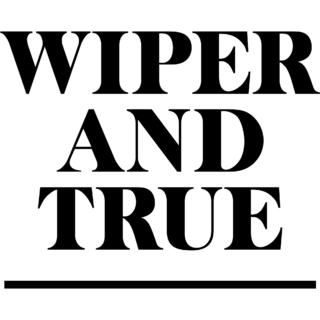 Wiper and True are an independent craft brewery based in St Werburghs, Bristol, down in the thriving beer scene of the South West. They focus on creating deliciously refined, drinkable beers across a broad range of styles. Originally founded by three friends experimenting with homebrew on their kitchen stovetops, Wiper and True progressed to nomadic brewing, honing their craft on brew kits across the country. In 2015 the growing team moved into their own site in St Werburghs, Bristol, later growing into  an additional premises down the road where they work with barrel aged beers and wild yeasts. During the global pandemic the brewery adapted to deliver beer directly to customers across Bristol and beyond; a service which remains popular. In summer 2022 Wiper and True will expand to a bespoke new brewery and taproom in Old Market, Bristol, whilst maintaining a presence in St Werburghs.