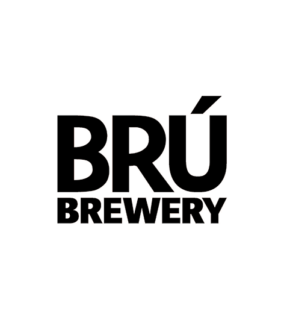 Irish craft brewery, BRÚ Brewery, has walked away with five medals and a trophy at this year’s International Beer Challenge (IBC). These accolades were given to both their core beers and a special trophy was awarded to a limited edition barrel aged release.

This is an exciting result for the brewery, as the IBC is described as the world’s best beer competition and awards as voted by expert panels of judges, including retailers, importers, publicans, brewers, writers and flavour analysts. The judging process is rigorous and unrivalled.

The silver medal winner, BRÚ IPA, is a bold and pleasing beer that uses Strata, Centennial and Cascade hops for zesty, floral and mouth-watering aromas and flavours. It’s one of the brewery’s best selling beers.

Finally, they were given both a gold medal and a trophy for their limited edition collaboration with Dublin’s DOT Brew, Legna Dearg, which was named the best Speciality Beer in the International Beer Challenge 2020.

Legna Dearg is a complex, wild and funky barrel aged rye ale that was aged in Italian Amarone medium plus American oak barrels for 18 months. It has bright funky Brett aroma with a depth of dark juicy hedgerow ripe fruits, woody vanilla and rich dry finish.

This is an incredible achievement with only nine trophies being awarded in the competition of over 600 entries.

BRÚ Head Brewer, Francesco Sottomano, expresses how important the wins are for the brewery:

“Winning these five medals at the International Beer Challenge has put huge smiles on all of our faces here at BRÚ, especially after all the hard work that we put into developing these new recipes, trying to improve the products batch-by-batch and sourcing the best ingredients we can.

These are very simple, but honest words: we are extremely happy that our BRÚ IPA, Lager, Tutti Frutti, Cheep Flirt and Legna Dearg won such amazing awards and we are now ready to face all the new and exciting chapters ahead. We will continue working hard to brew even better beers.”

And he describes the development of Legna Dearg:

“Brewing trophy-winning Legna Dearg was a ‘craicing’ experience. Shane from DOT Brew is the pioneer of beer barrel aging in Ireland and when we mixed and matched ideas and the possibility of getting freshly emptied Amarone barrels, the recipe came to us  straight away and then it was only a matter of waiting, waiting and waiting for the beer to slowly age in those oak barrels…And now here we are, a very limited edition of such a specialty beer!

I couldn’t be more excited about how it’s been received and, on top of that, winning a gold medal at the International Beer Challenge is just the right reward for an exceptional beer like  Legna Dearg.”

“We’re delighted that the IPA has won Silver. This is the recognition we hoped for to mark our superior IPA, which allows the beautiful Strata hop to shine through.

The trophy win is also a great achievement for the brewery and a really good reflection of the collaboration between BRÚ and DOT. We have a brilliant team and all their effort and hard work deserves these brilliant results.”

BRÚ beers are available on their webshop (https://www.brubrewery.ie/bru-shop/) and in good bottle shops in Dublin.

Assets can be found here.

BRÚ Brewery was established in 2013 in County Meath, Ireland. It was driven by a passion to brew high quality, accessible beers for everyday drinkers. We’re proudly Irish, independent and committed to using only the best ingredients in brewing. Thanks to exciting new developments in 2019, we’ve grown to a brewing capacity of 75 hectolitres and now offer two core ranges driven by the same brewing spirit: BRÚ core and Urban Jungle.

Today, BRÚ Brewery brews beer for all tastes, whether you’re a seasoned craft beer drinker, or just looking for a familiar quality pint.

About The International Beer Challenge:

The aim for the International Beer Challenge (IBC) is to reward and promote excellent beers from around the globe providing brewers with a platform to express their beers to trade and consumers.

With the ever growing interest in the beer category, they have set out over 81 different categories to reflect the diversity in brewing today as well as offering traditional beer categories. Over the years we are seeing more and more brewers enter their bottled, canned or mini kegs from round the world and today we receive entries from no fewer than 40 countries.

DOT Brew are based in Dublin and revered for their barrel aged beers. To date, they have rolled out anything from tiny barrel aged session ales to monster tow year old eis-stouts. Not to be mistaken, they love hop forward beers too. Their barrel programme especially as a gypsy / cuckoo brewery gives them more scope to play and choreograph ‘unique’.