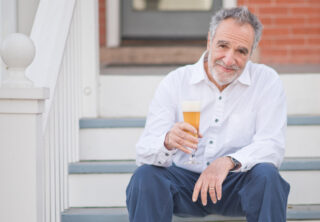 Metropolitan State University of Denver has begun construction of the Charlie Papazian Brewing Education Lab, named in honor of the retired founder of the American Homebrewers Association, the Great American Beer Festival and the Brewers Association, all based in Boulder.

“I’ve been a teacher and educator my entire adult life, from teaching preschool through 4th grade and showing adults how to homebrew to launching the American Homebrewers Association and the Brewers Association,” said Papazian. “The original mission of those two organizations was educational, to make beer knowledge accessible to all. So the lab continues the flow of my life’s work, and it’s very fitting and exciting for me.”

To fund the approximately $1 million project, MSU Denver raised more than $425,000 (of a $500,000 fundraising goal) from nearly 20 industry leaders who wanted to pay tribute to Papazian’s massive contributions as the “Johnny Appleseed” of homebrewing and craft beer.

MSU Denver has also launched a crowdfunding campaign that enables people in the beer industry, craft beer lovers and homebrewers to help fund the lab. Contributors will receive gifts including special glassware, tee shirts or signed copies of Papazian’s industry changing book, “Complete Joy of Homebrewing.” Crowdfunding donations can be made at https://www.givecampus.com/schools/MetropolitanStateUniversityofDenver/charlie-papazian-brewing-education-lab .

Built into a space on the ground floor of MSU Denver’s Hospitality Learning Center, the new facility will feature a 3.5 barrel commercial brewing system and will provide real-world experience to students of MSU Denver’s Brewery Operations Program, which already boasts a number of other hands-on learning facilities and industry partnerships.

“Now students will learn to brew on a true commercial-scale brewery, so they will be much better prepared for a brewery job.” said Bernardo Alatorre, lecturer and interim director of the Brewery Operations Program.

Alatorre said students will gain experience in all facets of brewing, from procuring ingredients and costing recipes to yeast management, fermentation control and clean-in place procedures. “The (lab) will add significant value to our students’ degrees and it will make the program much more attractive to prospective students,” he said.

It will also commemorate, Papazian said, “the transformational role that home brewers, small brewers and beer enthusiasts have played in making the world a better place for the enjoyment of beer.”

Construction on the nearly 1,500 square-foot lab began this summer and is scheduled for completion in early 2023. MSU Denver’s Brewery Operations Program, part of the University’s School of Hospitality blends the art and science of brewing beer with the hospitality knowledge and operational skills sought by the beer and brewing industries.

Situated in downtown Denver on the Auraria Campus, the University’s offers students access to a considerable number of experiential learning opportunities. They can engage with more than 40 allied breweries, restaurants, distributors and hotels located within a few miles of the campus.

Since its founding in 2015 the Brewery Operations Program has served hundreds of students with courses with an emphasis on brewing sciences, brewery operations, sales and marketing to support the employment needs of Colorado’s expansive beer industry.