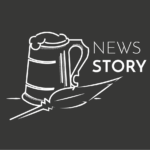 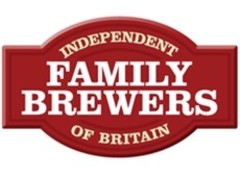 The Independent Family Brewers of Britain has today welcomed the Government’s decision to protect the brewery tie and traditional tenancy agreements for Family Brewers, applauding Consumer Minister Edward Davey for recognising their importance to the longevity of breweries and success of tenant licensees.

In a response to the House of Commons Business, Innovation and Skills Committee’s tenth report of session 2010-2012 into pub companies, the Government has recognised that, particularly in the case of the traditional tenancy model, the tie plays an important role in safeguarding the future of Britain’s smaller breweries. Acknowledging that the traditional tenancy model not only provides a low cost entry for a licensee wishing to open a pub but also offers a low cost/low risk exit, as neither the freehold nor the lease need to be sold on, the response also recognises that the tied model may be essential to the preservation of small British brewers and local beer, as well as British businesses and jobs.

Speaking after the announcement, Paul Wells, Chairman of the Independent Family Brewers of Britain said: “The Government has provided a substantial boost in confidence for Family Brewer members, and their tenants, by ending the uncertainty surrounding the report’s recommendations and explicitly supporting the traditional tenancy model, as well as recognising that the brewery tie is vital for regional brewing.

“During this long enquiry, successive Select Committees received no complaints about brewery tenancies and we believe that the current Code of Practice developed by the BBPA, the FLVA and the BII provides for the resolution of brewery and licensee issues in traditional tenancy agreements. As part of the BBPA, we stand by the point that the industry has reformed enough and simultaneously welcome the further development that for FRI (Full Repairing and Insuring) leases, an enhanced Industry Framework Code is required.

“As family owned companies, we take a long view of investment into our pub buildings and, within the traditional brewery tenancy agreement, we take the costs of looking after and improving the buildings we own. This is a centuries old business model and allows a strong partnership between licensee and brewer, sharing the ups and downs of trading the pub. In my view, many family brewers will now increase investment into their pubs because of the support the Government has announced for the traditional brewery tenancy agreement and the beer tie.”

Consumer Minister Edward Davey added: “This is good news for everyone to raise their glass to. It gives the industry more certainty, which is vital to the success of Britain’s Family Brewers; and it gives pub-goers the knowledge that they are drinking a fairer pint down their local.”

Notes to editors
The Independent Family Brewers of Britain was founded in 1993 to defend the tie and currently operates around 4,200 pubs in the UK; its members include some of the most respected brewers in Britain. The Family Brewers represent a distinct and unique sector of the UK brewing industry; owning regional breweries and pub estates, with the majority being private, family run businesses. Spanning generations, Family Brewer members’ currently employ around 36,000 people across their breweries and pubs.