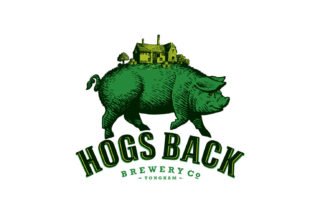 If you live in or around Farnham, the chances are that one of your first pints of beer was Hogs Back’s Tongham TEA (Traditional English Ale). The ale was the first beer brewed at Hogs Back Brewery when it opened 30 years ago, and it enjoyed almost instant success, with the hog icon becoming a familiar sight in pubs across Surrey.

To celebrate its 30th birthday this year, Hogs Back is inviting 30 local drinkers who’ve been enjoying their beers for a while to join them – and bring a younger drinker with them, for a toast to the past, present and future success of the brewery, on Thursday 18 August.

All you have to do to join the party is tell us where you drank your first pint of TEA, by visiting our ’30 at 30′ website page.  We’ll invite 30 people to our special birthday drinks at the brewery, with a son, daughter or other younger relative or friend – aged 18+ – to pass the love of TEA down the generations!

Managing director Rupert Thompson said: “We’re delighted to be reaching our 30th birthday with plenty to be proud of.  Much has changed since the brewery opened its doors in 1992, but we remain an independent brewer, committed to our Surrey roots – as demonstrated by our continued investment in our site here at Tongham, including the hop garden.

“Clearly, without people drinking our beers, we would have no success to celebrate today! So, we’d like to reward anyone who’s been enjoying our TEA for a while with a pint or two on us, and at the same time introduce our beers to younger drinkers. This way, we are both thanking the local people who’ve made Hogs Back the successful brewery it is today, and doing our best to make sure it’s still alive and kicking in 30 years’ time!”

Hogs Back Brewery opened in August 1992 in Tongham, near Farnham, in 18th century farm buildings that at various times had stored wheat and housed cattle and, appropriately, hogs. The first casks to roll out of the original brewhouse – now the site of the Brewery Shop – and into local pubs were TEA – which was renamed Tongham TEA earlier this year.

Tongham TEA remains the brewery’s best-seller, winning numerous awards over the years, and gathering a loyal customer following in Surrey and across the south. Hogs Back’s reputation as a brewer of exceptionally fine ales was bolstered by subsequent launches such as Hop Garden Gold and RipSnorter and in recent years the brewery has broadened its range, launching new beers such as Hogstar Lager, Surrey Nirvana Session IPA and A over T (Aromas over Tongham) which won CAMRA’s Champion Bottled Beer of Britain in 2020.

1995: TEA named as runner up in Best Bitter category at the Great British Beer Festival, run by CAMRA.

2000: TEA named as winner in Best Bitter category and then overall runner up Champion Beer of Britain at the Great British Beer Festival

2006: A over T (Aromas over Tongham) named Supreme Champion Winter Ale of Britain at the CAMRA Winter Beer Festival.

2012: Business bought by Rupert Thompson, who had worked in the brewing industry for many years on brands including Carling (Britain’s biggest beer brand), Old Speckled Hen and Hobgoblin.

2013: Launch of Hogstar Lager, a 4.5% ABV lager brewed with five different hops and selected herb extracts and matured for over a month.

2014: Planting of hop garden adjacent to the brewery, making Hogs Back the largest brewer with a hop garden in the UK. In 2015, Hogs Back harvest three hop varieties: Fuggles – used in Tongham TEA; Cascade – used in Hogstar lager; and Farnham White Bine.

2021: Hogs Back harvests its largest ever hop crop, and 2,500 people enjoy Hop Harvest celebrations over a weekend in September.

2022: Hogs Back’s flagship ale, TEA, is renamed as Tongham TEA and given a new design. The traditional, graphic style shows an illustration of the familiar Hog mascot in front of the brewery, farm buildings and fields.