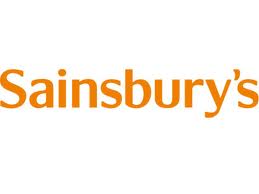 The Sainsbury’s 2011 Great British Beer Hunt was a major success with 105 beers entered from 45 breweries.

Sainsbury’s customers tasted and voted for beers at four Regional Beer Hunts where the brewers were able to showcase their beers to the visiting guests. The winning beers at these heats went through to a national competition run in over 350 Sainsbury’s stores nationwide. The sales volumes dictated which 8 beers went through to a prestigious Grand Final in London in September.

The First Prize winner – Bad King John from Ridgeway Brewing and the Runner Up – Caesar Augustus from Williams Brothers are now selling in Sainsbury’s stores across the U.K.

The basic format remains the same. The competition is:

There are some major improvements this year

Nicky Millington, Sainsbury’s Beer Buyer explains why the changes have been introduced

‘ 2011 was a great year for us and we decided to plan for 2012 by listening to feedback from brewers. It became very clear that there were many brewers who would love to enter the competition but could not produce sufficient beer to satisfy our volume requirements for a national listing. The changes that we have made will allow these brewers to participate and have the opportunity to meet customers from all over their region. As before we will be working with People Energies, who specialise in this area, to ensure that all sizes of brewers get the help they need at every step of the way.

As a team we are really excited about the 2012 Competition”