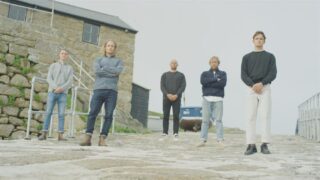 Sharp’s Brewery and Carve surfing magazine have come together to say thank you to the surfing and surf lifesaving communities of Cornwall and Devon, whose selflessness ensured the safety of beach goers during the spring heatwave of the global Covid-19 pandemic.

A film, made by the team behind Carve Magazine and dedicated to the lifesavers, will air online on Monday 20th July. The key groups highlighted in the film will also receive a gift of Sharp’s Offshore merchandise to say thank you for their selflessness. In addition, a new Just Giving page has been set up to raise funds for lifesaving equipment across the beaches of the South West.

In late May, large waves, spring tides, hot weather and the easing of Covid-19 travel restrictions combined to form a perfect storm.  As people left their houses to head to the beach, rips, tides and big waves made for dangerous sea conditions for those not used to such conditions.

Fortunately, the surfing and surf lifesaving communities had foreseen the problems. With no lifeguards on the beaches due to Covid-19, they launched voluntary Beach Patrols with basic equipment and quickly established safety procedures. It was perhaps the biggest mobilisation of coastal lifesaving communities ever seen in the UK. The beach patrols offered advice to prevent people getting into difficulties, set up observation patrols and hundreds of volunteers around the south west prevented many serious incidents and performed numerous rescues.

Despite all their heroics, going beyond their day jobs and giving up personal free time, most of the front-line work of the lifesavers to keep the public safe has gone unrecognised. That is, until now.

Steve England of Carve surfing magazine had a vision for a film that would capture the essence of the community’s selflessness and courage. He reached out to fellow surfer James Nicholls, marketing controller of Cornish brewery Sharp’s, to support the creation of a dedicated film to say thanks.

Steve says, “Surfers and lifesavers are the frontline on many of our beaches for a large part of the year. For the most part their interventions and lifesaving go under the radar, but in the absence of lifeguards, the coastal community stepped in. It was such local, grassroots action I don’t think any of them have any idea how large or valuable their collective action has been in preventing loss of life at sea. They predicted the swell, weather and the trouble that some may find themselves in as a result of visiting our coast. They used their immense knowledge and skill sets and acted swiftly in great numbers to keep the general public safe on the beaches of Devon and Cornwall. Hundreds of volunteers were making thousands of interventions. It was outstanding – one of the most remarkable actions in the coastal community I have seen in my 42 years of surfing. They deserve a huge ‘thank you’ and that’s what this joint film, and Just Giving campaign, is delivering.”

James Nicholls, Marketing controller at Sharp’s Brewery, says, “It has been truly humbling and inspiring to have witnessed the community step forward to keep our beaches safe during this crisis. Our incredible coastline is an integral part of our county and as a North Coast business it gives us great pride to be able to work with the team at Carve Magazine to recognise and share the courageous acts of these selfless heroes.”

Andrew Mayhew National Operations and Safety director at Surf Lifesaving GB says, “In Devon and Cornwall alone we recorded 1,621 interventions by Surf Cub volunteers, and we are still counting as we have just not had the time to look at all of them. At a glance, we will nationally be well over 2,000 saves.”

Andrew continues, “Most clubs have put in ‘monster’ hours, and on average per club over 100 hours per week.  On Bank Holiday Monday we saw the likes of Perranporth Surf Lifesaving Club doing a big turn out and putting nearly 400 volunteer hours in in just three days. It’s certainly an incredible response and if you add up the national total that’s equivalent to nearly 10 years of reporting since the ease of the lockdown.”

St Agnes Surf Lifesaving Club led the way with observation patrols and wrote COVID operating procedures that were used by many other clubs nationally.

Joel Henthorn said; “Together our 216 volunteer hours delivered 815 preventative interventions / assists and first responses at three incidents at Trevaunance Cove. I have no doubt the club’s community action saved lives.”

The film was put together by Cornish surfers Tim Boydell and Ben Jones of Light, Colour Sound.

Tim Boydell said, “As soon as we heard about the project, we knew we wanted to be involved. I’ve grown up on the same beaches that many of the rescues occurred on, and where I’ve spent many hours as a kid playing on the beach or as an adult surfing. I know all too well the dangers that can occur at the coast and regularly step in where others may not have the experience or foresight to gauge a possible problem or emergency.”

Tim continues, “What struck me the most was the selflessness of so many people.  People who look out for others above themselves no matter what. This happened in every village, town and even on some remote beaches which I find incredibly humbling. These people are heroes in my mind without any question of doubt.”

Issued on behalf of Molson Coors by Citypress. For more information on the campaign or for specific rescue stories, images and for interviews, please contact Tom Milner at Thomas.Milner@citypress.co.uk or call 0203 051 9440. Thank you.

Sharp’s Brewery is a modern brewer, based in Rock, Cornwall, which has grown rapidly since its foundation in 1994, doubling staff number in the last 9 years from 70 to 140. The largest brewer of cask beer in the South West, Sharp’s flagship beer, Doom Bar, is probably the most successful cask beer of its generation and is currently the UK’s no.1 cask beer brand.

Sharp’s Brewery is a proud supporter of grassroots rugby in Cornwall and sponsors a number of local clubs. In 2019, Sharp’s turned the tables on the music industry through ‘Keynvor’, a partnership with Mercury Music Prize nominee Nick Mulvey to produce the first playable vinyl made from recycled ocean plastic found on the Cornish coast. Proceeds from sales of the exclusive ‘Ocean Vinyl’ including digital streams continue to go to Surfers Against Sewage to help protect British coastlines from pollution, including plastic waste.