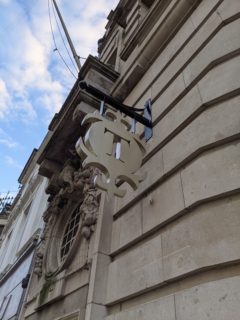 The team behind Thornbridge and Co. are delighted to announce that they are opening their Birmingham venue, The Colmore, on Colmore Row on Monday 9th December. Their Leeds venue, The Bankers Cat which is located in the heart of the city centre, on Boar Lane, is set to follow just a few days later on Wednesday 11th December.

Both venues will follow in the footsteps of the highly successful Market Cat in York, which opened one year ago and has proven to be a great success. The venues will offer beautiful décor, an enviable drinks selection and outstanding food. Thornbridge and Co. are excited to be adding to the growing social scene in two of the best cities in the UK.

“We’ve been working towards our Birmingham opening for a little while now, so are delighted to see it coming to fruition. To have Leeds opening at the same time and both in advance of what we hope will be a busy festive season is just brilliant. We can’t wait to unveil both venues as they’re looking fantastic.

“Birmingham and Leeds are both absolutely wonderful cities and we’re delighted to be adding to the thriving social scenes in both of them. Both pubs will serve quality craft beer, hand picked wine, spirits and soft drinks and become an integral part of the community in both Leeds and Birmingham.”

The journey will continue with Thornbridge and Co. looking to open sites in Manchester and Sheffield next year.

Thornbridge Brewery and Pivovar both have a fantastic standing within the industry, Thornbridge Brewery has been brewing for 14 years with a wealth of awards. The Brewery currently runs 8 pubs in Sheffield, and the award winning Pivovar group currently own 8 bars across the UK as well as their nationwide Craft Beer wholesale business.