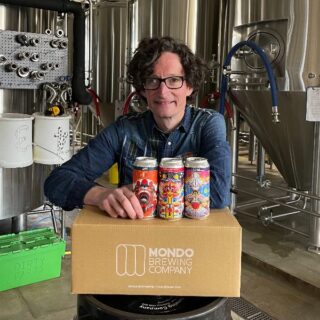 The comedy sets are pre-recorded and include such comedians as John Robins from Radio 5 and Lou Sanders from Channel 4’s Taskmaster.

The show will be streamed on Thursday 1st April at 8pm.

E-tickets are £8 and available from:

Both breweries have the option of accompanying beer bundle to compliment the show.