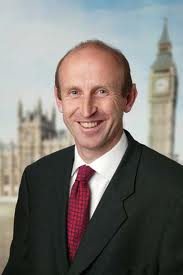 John Healey, Labour MP for Wentworth, has agreed to join the Beer Group’s Duty Fraud Inquiry, the launch of which was announced last week, adding his weight to the project. For much of his time as a Treasury minister, from 2002 to 2007, he was directly responsible for Customs and Excise, so brings a great depth of understanding and experience to the Inquiry. He was also given responsibility for community pubs during his time as Minister for local government prior to the last Election.

John Healey said “Governments have a constant duty to stop fraud but the steps taken to tackle tax evasion can sometimes have unintended consequences and hit other taxpayers too.

“Our beer industry is a great British asset, and as Government goes after the fraudsters I want to make sure legitimate firms are properly protected. This all-party Parliamentary inquiry aims to help Ministers make the right decisions on the anti-fraud action needed.”

“I am delighted that John has decided to take part in this inquiry.

He brings a wealth of experience and skill to the task, which will greatly strengthen the Panel’s ability to explore the complex issues involved.”