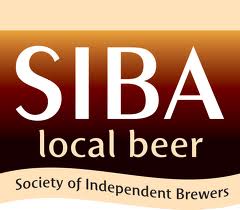 Members of the Society of Independent Brewers (SIBA) once again swept the board at the Great British Beer Festival (GBBF), as Tiny Rebel Brewing of Newport, Gwent, lifted the coveted Champion Beer of Britain (CBOB) trophy and other members took the vast majority of the top places in each of the competition’s classes.

Tiny Rebel’s triumph at GBBF means that 15 of the last 16 CBOB winners have been brewed by SIBA members, who have also dominated the list of class winners every year.

SIBA managing director Mike Benner said, “We are of course delighted that this year’s Champion Beer of Britain is again a SIBA member and congratulate Tiny Rebel. To progress through CAMRA’s local tasting panels, regional beer judging and then today’s final judging is a tremendous achievement.

“SIBA brewers continue to win the top prizes at GBBF year after year, thanks to their commitment to producing quality, great-tasting beers that represent the very best of British craft brewing today. Our members’ success with CAMRA and other competitions, both in the UK and internationally, shows that beers from SIBA brewers are nearly always ‘best in class’, brewed by passionate, skilled brewers with respect for brewing traditions but also with the spirit of innovation that has been SIBA’s hallmark from the start.

He added, “Winning an award at the GBBF helps brewers to raise their profile and secure listings. We’re delighted that a growing number of pubs are now making space on their bars for beers from British craft brewers, and will continue to work hard with operators to create more opportunities for our members to have their great beers listed in more pubs – to the benefit of brewer, retailer and the increasing number of drinkers looking for quality British beers.”

Tiny Rebel’s Cwtch won the Best Bitter category on its way to taking the overall title and is described as an “untraditional Welsh Red Ale with citrus and tropical fruit flavours backed up by caramel malts that balance the moderate bitterness.”

Silver: Purple Moose, Dark Side of the Moose

SIBA was founded in 1980 by 20 pioneering microbrewers. Today, it has more than 820 brewer members, the majority of them classed as micro or local brewers. SIBA’s growing credibility and campaigning success – particularly achieving the introduction of Small Breweries’ Relief in 2002, and its role in the scrapping of the beer duty escalator in 2013 and consecutive cuts in beer duty in 2013, 2014 and 2015 – have established it as one of the most authoritative bodies in the brewing industry.