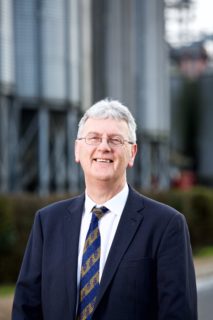 Family-owned maltster Simpsons Malt welcomes Andrew Holding to the position of Operations Director at its Tivetshall Maltings in Norfolk.

Responsible for leading the Tivetshall and Fersfield teams and overseeing manufacturing operations, Andrew will also join the company’s Operation Board.

Andrew brings with him a wealth of experience in maltings and food produce management roles, having spent over 20 years with Stowmarket-based Muntons followed by roles with Peterborough-headquartered food producer, Produce World Group. He also holds an MBA and a Malting Diploma.

In this new role, Andrew will work strategically with the Simpsons Malt Tivetshall Maltings team as the site undergoes an extensive investment programme to expand its production capacity.

Speaking of this new role at the leading maltster, which is over 150-years old, Steven Rowley Operations Director of Simpsons Malt Ltd said: “We look forward to welcoming Andrew to the Simpsons Malt team. He brings with him a wealth of knowledge and experience in the food and malting industries and will implement a strategic approach to maintain a quality output at our Tivetshall maltings.”

Andrew added: “This is an exciting chapter for me personally and I am pleased to be joining the family at Simpsons Malt, especially at a time when there are such exciting developments on the horizon.”

Andrew Holding is from Kent, where he grew up in a farming family. In addition to his MBA, Andrew holds a degree in Biological Sciences at the University of East Anglia.