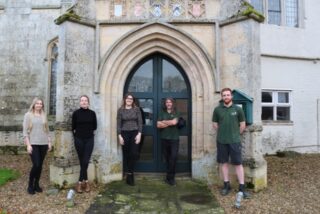 St Peter’s Brewery has just announced that it’s officially produced 7000 brews since opening in 1996, a monumental milestone for one of England’s original craft breweries.

The latest brew, which helped it hit the 7000 mark, was Plum Porter, a dark, sweet and full-bodied beer that is enjoyed all over the world.

“This is a huge moment for the brewery and the team, and a very exciting and  significant achievement for the brand,” explains Hayley Oakes, Director at St Peter’s Brewery. “A lot has changed since we opened in 1996, but we are proud that the quality of our premium, delicious and traditional beers has stayed the same and are enjoyed throughout the world.

St Peter’s is one of England’s original craft breweries. Founded in 1996 by branding expert John Murphy, it is housed in former traditional agricultural buildings alongside the moated St Peter’s Hall and set deep in the picturesque Suffolk countryside.

The winning balance of East Anglian malt, carefully selected hops and the time honoured skill of the master brewer, continues to create a range of memorable classic English ales, available in a unique shaped oval bottle. The iconic bottle is based on an eighteenth century gin bottle from Gibbstown, by the Delaware River near Philadelphia and has been used since the brewery opened.

For more information on St Peter’s Brewery and its products visit www.stpetersbrewery.co.uk

For images, samples and interviews contact Nikki Whiteford on 07733 261843 or email nikki@nicolawhitefordpr.com