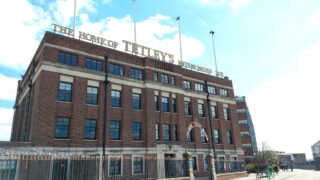 From humble beginnings in 1822, Joshua Tetley & Son steadily grew as a brewery and survived many takeovers until it dominated the drinking scene in Leeds during the 2nd half of the 20th Century. To commemorate this milestone Leeds CAMRA will be hosting not just a light hearted quiz but will also be running a guided tasting of three different beers.

The venue is The Tetley which today is an art gallery, bar and kitchen, and events space. However, before then it housed the former offices of the brewery. The quiz is going to be held on Sunday 17th July from 2pm, with prizes including a bar tab for The Tetley, and a brewery tour at Nomadic Beers.

Event organiser David Dixon said “It will be an absolute honour to host this quiz and beer tasting as Tetley Bitter was the first real ale which truly resonated with me. I am really looking forward to asking questions about Tetley’s, beer and Leeds in general – so get your thinking caps and drinking boots on!”