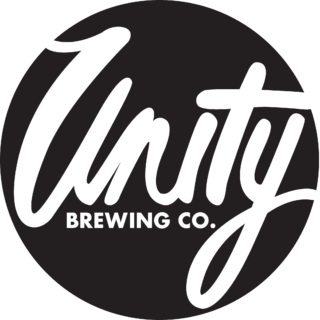 Unity is a 20 hectolitre craft brewery known for its modern, hop-forward craft beer including Conflux Pale Ale and Collision IPA. In the past 12 months the team have expanded into larger premises, taken delivery of their own in house canning line and have recently launched a side project May Provisions which focuses on continental and traditional style beers.

Founder and Head Brewer Jimmy Hatherley says, “We’re so proud of what we have achieved over the last four years, and we always use the anniversary of the brewery to reflect and take stock of our journey so far. That being said, it is also a perfect opportunity to look to the future and excitedly plan for the year ahead”.

To celebrate their fourth anniversary Unity have brewed four different collaboration beers to mark the occasion, Hatherley says “the spirit of collaboration is central to our brewing ethos – the coming together of people and the sharing of ideas always leads to something special. And whilst we can’t get together with our friends and contemporaries physically this year we still wanted to find an exciting and fun way to celebrate our birthday.” The celebratory beers are:

For Days: A peach and apricot Gose brewed with Howling Hops of Hackney Wick. A sour wheat beer with coriander seed and sea salt, co-fermented with lactobacillus and voss kveik with additions of peach and apricot purees (4.5% ABV)

For Months: A wheat-heavy table Saison brewed with Duration Brewing from West Acre in Norfolk with additions of grains of paradise, orange peel and Loral hops (4.0% ABV)

For Years:  A barrel aged Double Export Stout brewed in collaboration with new side project May Provisions. This is a big stout fermented with Belgian yeast and aged in Heaven Hill Bourbon barrels for over 9 months (11.0% ABV)

As with all Unity Brewing Co beers they are unfiltered, unpasteurised and vegan friendly.

The birthday celebration beers will be released as a special edition 4 x 440ml pack and as a 12 pack directly from Unity’s webshop and at their taproom in Southampton from Thursday 22nd October, and from selected retailers the following week.

Unity is a 20 hectolitre craft brewery in Southampton, producing over 3,800 pints per week – on sale in local and national bars, restaurants and bottle shops, as well as at the on-site taproom and via its online webshop.

The brewery, which launched in 2016, expanded into its new larger site in June 2019. Investment was raised via crowdfunding, meaning the brewery is now owned by over 380 people and employs a team of eight staff.

The contemporary taproom offers local beer lovers the opportunity to drink fresh Unity beer at source. Canned and draught beer – from Unity and from other breweries within their network of industry friends and collaborators – is also available to take away.

“By elevating humble ingredients with skill and pride, we create something more than the sum of its parts – and in bringing people together we achieve the same, as environmentally sustainably as possible,” says founder and head brewer Jimmy Hatherley, who previously worked at breweries including Camden Town in London and Flack Manor in Hampshire.

“We believe in being ourselves and celebrating our people, our beer and our industry in a spirit of positivity and collectivism.”

FOR INTERVIEWS, QUOTES OR HI-RES PHOTOGRAPHY: